Big Brother Naija Host, Ebuka Obi Uchendu earlier made the announcement known via his official twitter page that the organizers of the reality show have decided to hold a reunion show for the ex BBNaija season 4 housemates.

As viewers anticipate Big Brother Naija Season five, Ebuka revealed in a statement that the ex-housemates will be back for a reunion show starting on the 1st of June, 2020 on DStv channel 198 and GOtv channel 29.

“Who is ready for some #BBNaija #PepperDemReunion drama?

“Premiering on June 1 on African Magic Urban and Family on DStv and GOtv.”

Who is ready for some #BBNaija #PepperDemReunion drama???
Premiering on June 1 on @africamagic Urban and Family on DStv and GOtv pic.twitter.com/E3LxgNUvxc

How to Watch BBNaija Reunion 2020 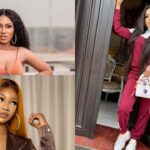 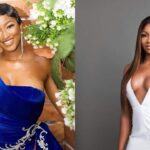