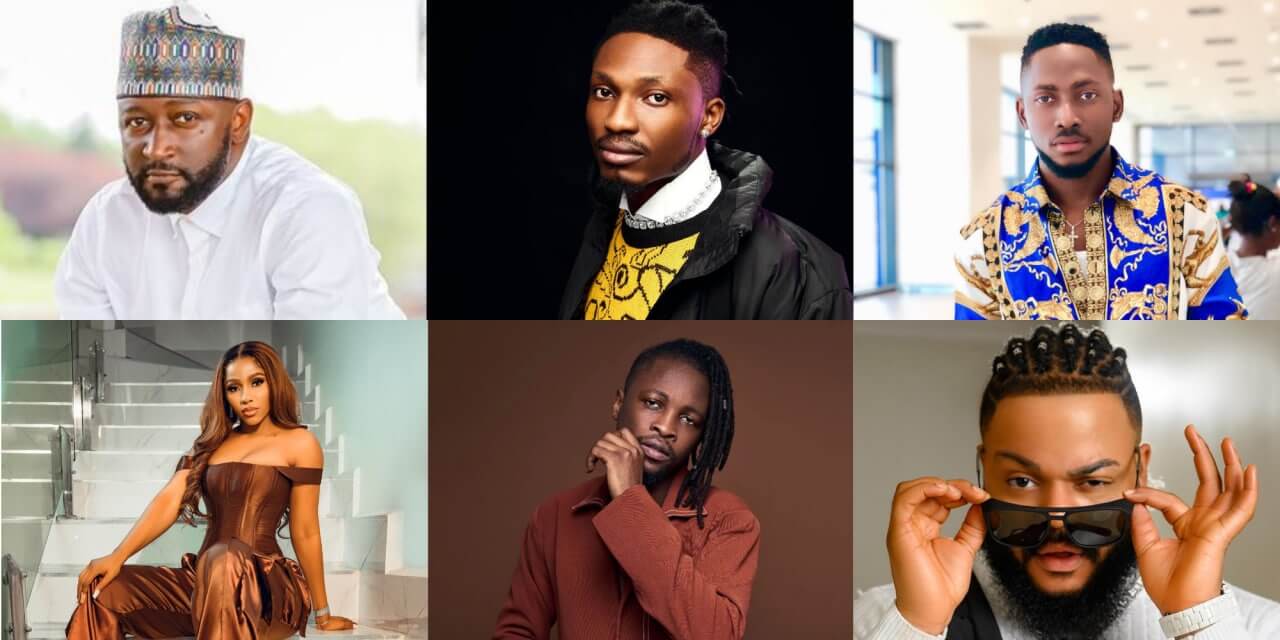 There is no denying that becoming the final man or woman standing on Big Brother is the ultimate reward that all Housemates strive for. Since it’s a game of numbers, the winner might win millions of Naira in prizes if only one Housemate can make their plan work over the days spent in Biggie’s House.

Katung Aduwak, the first BBNaija winner, was unconcerned by the fact that he had participated in the Big Brother Naija premiere and had no prior knowledge of how to succeed in the competition. Despite the odds, Katung triumphed, winning over N42 million in prizes while winning the hearts of Nigerians.
Katung Aduwak hails from Zonkwa in Kaduna State.

Having earned his Political Science degree from the University of Jos, At the age of 26, he entered the Big Brother Nigeria house in 2006 and ultimately won. He afterward worked as a production assistant and scriptwriter. He is currently married to Mrs. Raven Taylor and the father of his own children. He has successfully directed a few Nollywood movies.

Katung is currently building a name for himself in the media sector. He also serves as CEO of One Eight Media and is associated with the multinational organization Campfire Media as an African partner.

This 42-year-old creative genius, who recently celebrated his birthday, has worked as the Senior Creative Director at VIACOM International and is already making a name for himself in the industry. Katung was also the Executive Director of Chocolate City in addition to being the Senior Channel Manager for MTV Base.

Our See Gobe champion is a powerhouse of ability. He adorned our screens with his keep-it-real attitude, and he continues to be remembered for the show’s unrepentant usage of local vernacular.
Efe was chosen in 2017 to serve as the Plateau State’s Youth and Entertainment ambassador because of his boundless charisma. Therefore, it is not surprising that Efe was also named Africa’s Ambassador for Indian Varsity the following year.

Efe Ejeba became a rapper and performer after winning BBnaija Season 2 in Nigeria. His first single, “Based On Logistics,” which was published the same year he won BBnaija, is his musical debut. He has collaborated with some of the best musicians in Nigeria, including Olamide and Ice Prince, and written and published a number of additional songs.

Miracle Ikechukwu Igbokwe of Imo, Nigeria, won the third season of the reality competition Big Brother Naija, which had the working title “Double Wahala.” after he outlasted 19 other housemates to win the competition.

Miracle, our determined champion, won the match by using his natural wit. In order to give the audience unrestrained drama, he joined the Double Wahala Housemates, but when it mattered most, Miracle showed that wahala no dey vex him.

Although Miracle has a pilot’s license, the governor of his home state of Imo State chose him as the Imo State’s ambassador for education before he began a career in aviation. The governor made a wise choice because Miracle, who received his aircraft license from the US, served as an inspiration to many young people.

The season 4 of the reality show had the BBNaija house moved from South Africa to Lagos, Nigeria. Launched on June 30th, 2019. “Pepper Dem” was the name of it. Ebuka Obi Uchendu, a former housemate, remained the host.

After the elimination of 25 other housemates, Mercy Eke was declared the season four champion of the reality television series Big Brother Naija. She was the first woman to win the competition, leaving with an N60 million cash prize.

She extended her winning trend in 2020 when she crowned the inaugural Best Dressed Female at the Africa Magic Viewers’ Choice Awards, taking her victory in stride. The brand ambassador and influencer displayed her acting prowess in the Nollywood film Fate of Alakada, where she first gained experience on the stage. Other music videos that include this beauty include Ichaba’s “Baby Mama” and Rudeboy’s “Take It,” to name a couple.

Season 5 of Big Brother Naija was won by Laycon, a.k.a. Olamilekan Moshood Agbeleshe. The show’s debut was in July 2020, and its name was “Bbnaija: Lockdown.” N85 million was the winning bid for the 2020 contest.

To say that the Big Brother Naija Lockdown edition was dramatic would be an understatement, but the Housemates demonstrated their resiliency by continuing to provide entertainment and juicy details. Due to his relatable demeanor and his victory, the cool, collected Laycon immediately gathered a sizeable following.

Ogun State’s Youth Ambassador is Olamilekan Massoud Al-Khalifah Agbeleshebioba, also referred to as the endearing Laycon. He further demonstrated his value to the music industry in our nation by taking home the Artist of the Year Award at the 2020 Naijatraffic Awards.

The winner of the sixth season of the reality TV series Big Brother Naija was Hazel Oyeye Onou, also known as Whitemoney. Whitemoney was declared the champion of Season 6’s “Shine Ya Eye,” which came to a finish on Sunday, October 3, 2021.

Whitemoney don won the whole prizemoney in Big Brother Naija’s previous season, as though his name had already determined his victory. The entrepreneur-minded musician has already proven to have a remarkable instinct for entrepreneurship, despite the fact that his induction into the Big Brother winner’s “hall of fame” is only recent.

Whitemoney made an immediate impact when he exploited his online influence to secure the position of brand ambassador for numerous well-known companies. He also demonstrated his musical prowess by collaborating with singer Tamy Moyo on the remix of his tune Selense.