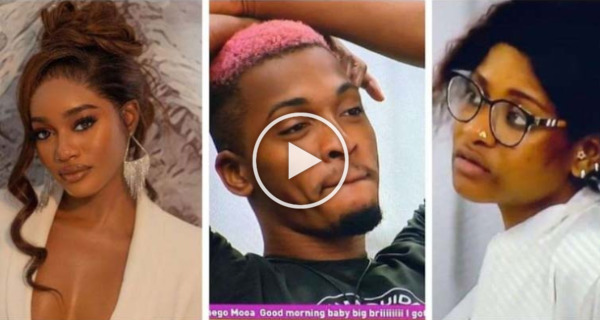 Don’t ever Compare me with Beauty – Phyna says, clashes with Groovy. As both sides attempted to resolve their problems on Friday night, it appears that there is difficulty in the love story of Phyna and Groovy during the ongoing BBNaija season seven reality program.

The reality show’s continued romance between Phyna and Groovy, which started just days after Beauty was eliminated, is no longer a secret.

Although they’ve been having fun the past three days, things changed on Friday night when both parties got into a meaningful talk.

Groovy compared Phyna to Beauty during the conversation, which upset Phyna.

During the chat, Groovy advised Phyna to stop drinking too much alcohol and added that Beauty did not do such things.

Groovy has changed his behavior toward her during the past few days, according to Phyna, who was not amused by the revelation.

She also expressed her discontent with other matters, particularly the comparison to Beauty.

During the conversation, Phyna said:

“You are being distant”

“Don’t compare me with Beauty…”

“If you can’t take my alcohol in-take you can leave”.