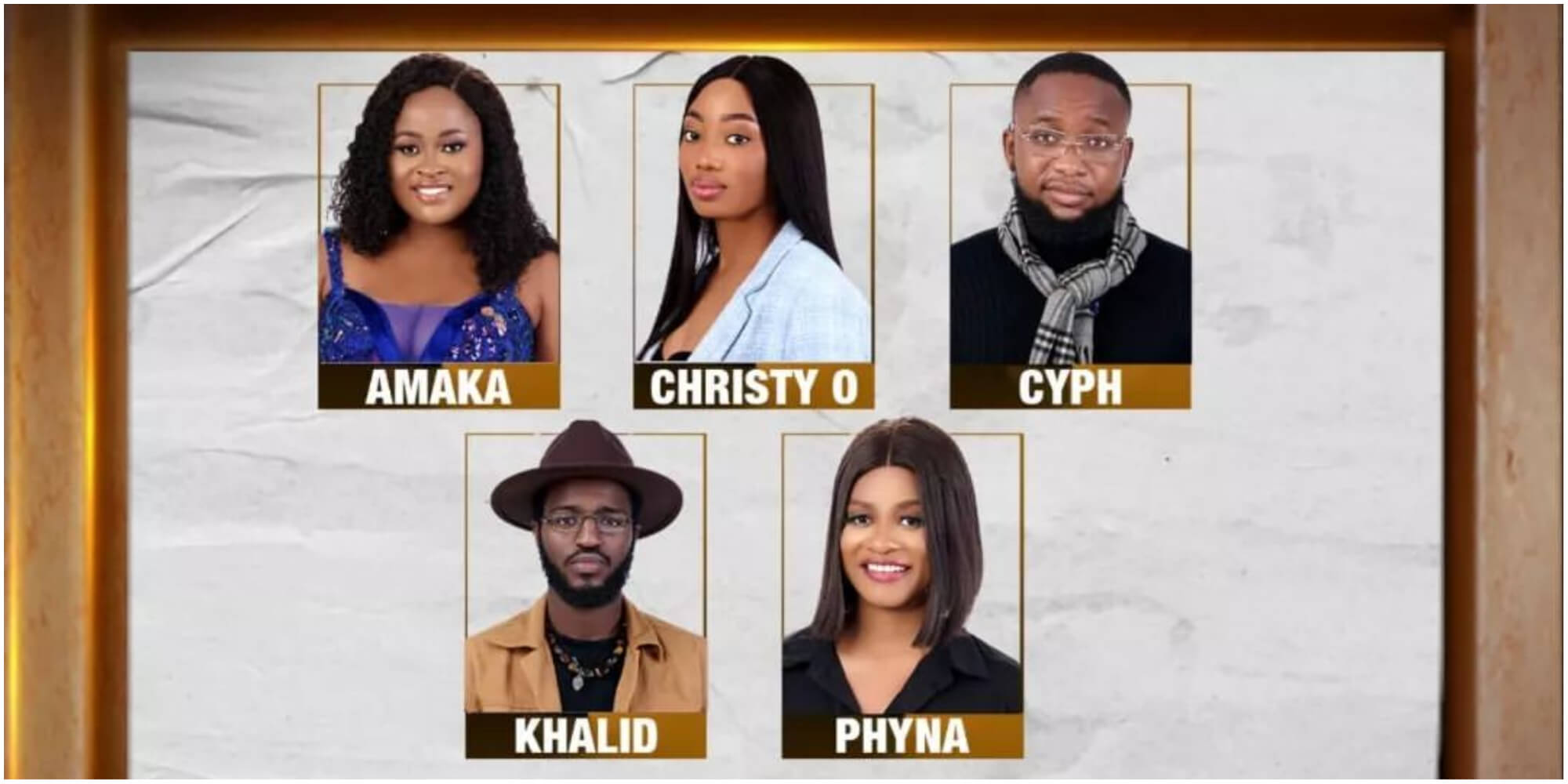 Five BBNaija Level Up Housemates Up for Eviction

Hermes confessed to Big Brother that he had tried as hard as he could to listen to the instructions and stay calm through the process. He said the Nomination process was not an easy one because of the bond they had already formed with the Level 2 Housemates.

“We have to do our best to hold up space to be in the House as long as we can,” Hermes justified his decision. He cited the following reasons for his Nominations:

Cyph is the strongest and most confident. He made it to the finals of the HoH challenge. He’s a threat to myself and my team.

Amaka has a strong voice and she might be saved because of how strong she is in and out of the House.

Christy O did a lot of things. She’s quite a voice.

Phyna is quite the alpha. She has a very strong voice and she is confident.

Khalid was an emotional decision for Hermes as he takes him as a brother, following their pairing before entering the Level Up House. He admitted to Big Brother that he tried to fight this decision as hard as he could but the truth is that Khalid is a threat. “His win is my win and his loss is my loss. He’s my brother but I have to Nominate him,” Hermes emphasised.

Once Hermes had locked in his Nominations for Week 2, Biggie turned to Level 2 to break the news and warned the Nominated five not to campaign for Votes or talk about their Nomination.

The ladies; Amaka, Christy O and Phyna were very emotional after hearing of their Nomination and their fellow Housemates reassured them that it’s a Game and they would all be Nominated at some point of the competition.

Cyph and Khalid tried to stay calm but seemed to be equally struggling to take it all in. Daniella understood the assignment and quickly held Khalid tight in her arms.

Who do you think will be evicted on sunday? Drop a comment below