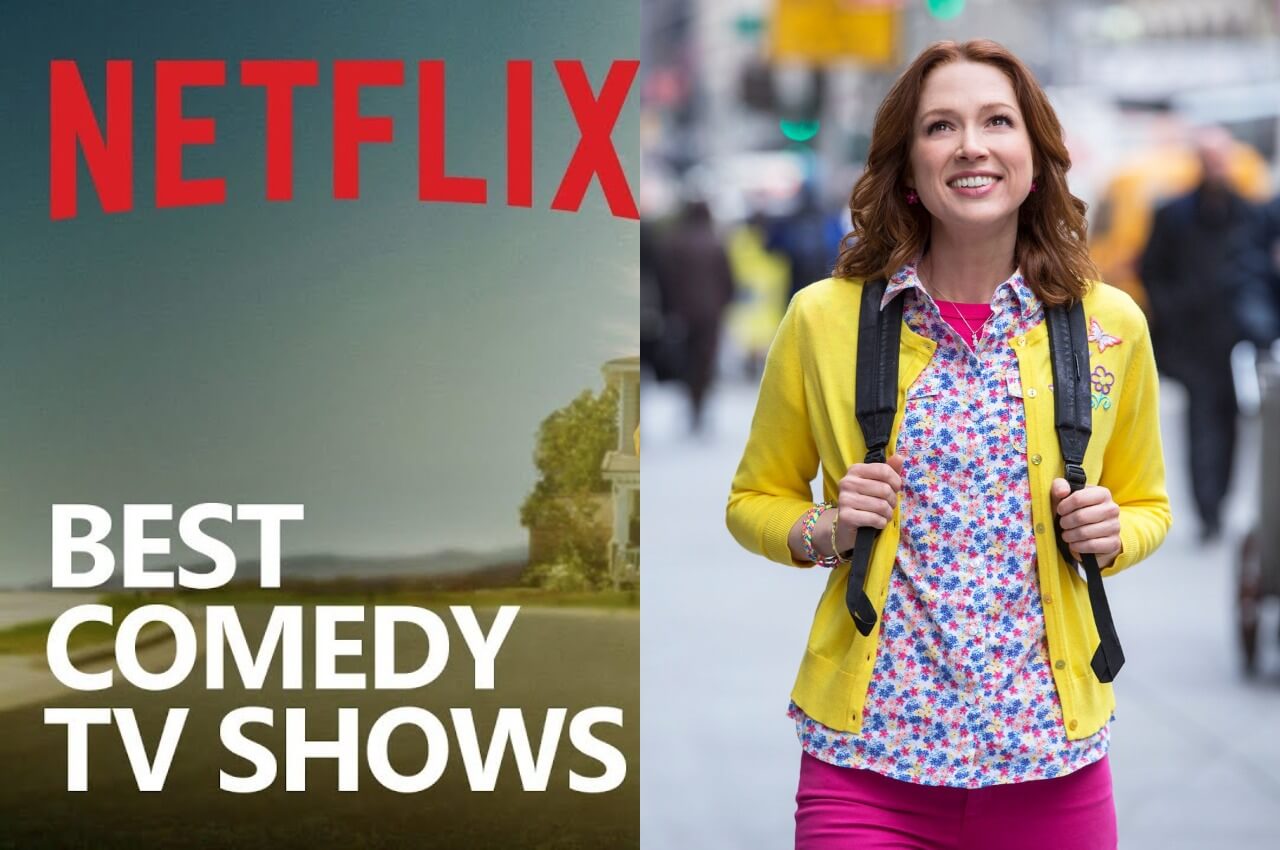 What Comedy TV Shows on Netflix Should I Watch Next?

Probably a big fan of comedy-drama, or you just want to laugh so hard your lungs beg for air. Well, we got you covered, and guess what it’s the very best of best, all Netflix had to offer when it comes to comedy, comic drama, or hilarious sitcoms and animations.

From the classics to the new boys, Netflix is packed with funny comedy series that would have you laughing harder than your life could ever get. Netflix is no doubt the best place for comedy movies and series that would keep the fun endless and increasingly interesting as each show progresses.

Now if you are looking for that perfect comic relief for the weekend, or a date or some bonding time with friends and family or simply just to shake things up, then sit back and hold on tight because each of these shows has been hand-picked by me and are sure to get you laughing harder than you ever had before so let’s dive into it, but before that, you might want to find a perfect spot, things are about to get funny.

What better way to start the list than with a classic from legendary comedian, Dave Chappelle. The show was created by Dave Chapelle himself and Neal Brannan and premiered in January 2003.

This American sketch comedy TV show features impressions and sketches that tackles America’s hottest topics on racism, politics, drugs, and sex. Premiering in the early 2000s, the show hugely impacted today’s comedy and helped bring to life the powerful weapon of how comedy can be used to tackle social issues. So if you are looking for an amazing show that passes brilliant information through comic means then you found the perfect one.

This is an American Television Sitcom that was created by Dan Harmon. This start-packed show ran for 6 seasons with a whopping 110 episodes of drama, laughter, and world-class entertainment. The show is set in the fictional town of Greendale, Colorado.

Jeff Winger who lied about getting a bachelor’s degree in Law at Columbia University is fired and has to go get the degree, but this time at Greendale Community College, where he falls in love with his classmates and has to get through an exciting year. Did she ever fall for him back? Well, there’s only one way to find out, so why don’t you just go ahead and check it out.

This is an adult animated sitcom created by Nick Kroll, Jennifer Flackett, Mark Levin, and Andrew Goldberg for Netflix. The show is based on Kroll and Goldberg’s upbringing in the Suburbans. We see as Kroll’s younger animated self which is also voiced by him embraces his body as he goes through puberty and learns about sex in the most hilarious ways ever

Through the show we see this 7th graders deal with puberty in the weirdest ways possible, as a puberty monster appears to them every once in a while to guide them through. All long as you’re okay with the young coming-of-age teenagers talking about sex and today’s teen problems then you are good to go.

This show first aired in March 2015, it then went on to produce 4 seasons of the pure exciting fun-filled drama.

The show follows a 29-year-old Kimmy Schmidt, as she tries to get her life back after being rescued from a doomsday cult in Durnsville, Indiana. She tries to fight off the memory of being held captive by Reverend Richard Wayne alongside 3 other women. Determined to start a new life, she fights hard to be seen as more than just a victim but a woman with so much to offer, which can sometimes be hilarious

Happy Endings is an American sitcom TV show that ran from April 2011 to May 2013. The show was previously a showrunner for the show Scrubs. The show has just 3 seasons and 57 episodes which would be a great idea for you and your friends.

The series centers around six best friends who live in Chicago: A food truck owner and aspiring restaurateur daydreamer Dave, an outgoing party girl Penny who is on the internet searching for Mr right guy, ditzy Alex who is a go-lucky happy boutique owner, there’s also Manny who struggles to hold a relationship and can’t simply keep his job, and the drunk-in-love couple; successful businessman Chad and his perfectionist wife Jane who is also elder sister to Alex. If this alone isn’t enough drama then I don’t know what is.

Like teenagehood can’t get weird enough, Otis struggles with blossoming as a high school teenager in his random, awkward and confusing life of an only child. Alongside his best friend Eric whose joyful nature always rubs off on anybody around him.

Things even get more awkward when he starts a sex clinic with a classmate Maueve, where they dish out sex advice to fellow students for a couple of bucks. He starts falling in love with Mueve and although he tries to hide his feeling he just seems to a)ways mess things up when he is around her.

This is a British sitcom created by Graham Linehan and produced by Ash Atalla. The show shines a light on the ridiculous and relatable humor of the enduring tech team of Reynholm Industries, a fictional company set in London.

The show is embraced for its touch on an often neglected department of a company, the I.T (Information Technology) department. Across its 4 seasons, there’s is a lot of intense drama and goofy lurking of the team members from the Head of IT who knows completely nothing about IT to its nerdy workers, the show also shows the life of Reynholm CEO Denholm Reynholm, and his son Douglas.

Set in a Los Angeles neighborhood called Freeridge, the lifelong friendship of four teenagers is put to the test as they begin their high school journey. These streetwise teenagers must do everything to stay away from trouble and keep their relationships as tight as possible. Although we see coming of age take a huge turn on them, they still find a way to stay strong despite the uncommon life of LA streets. From the funny to the goofy, to the nerdy, On My Block seems to have it all when it comes to comedy-drama.

Probably one of the biggest twists on television today, Jane The Virgin rolls out the life of Jane Villanueva who as a devout Catholic promises to keep herself and body until marriage. To everyone’s greater surprise, she gets pregnant through accidental artificial insemination during her regular gynecologist visit.

This telenovela show would instantly crack you up with the lead character’s journey with countless laugh-out-loud moments. The show is beautifully delivered and what even makes it funnier is its incredible narration from Anthony Mendez who doesn’t miss a chance to slip in a few words that would surely burst you up, and her father Rogelio de la Vega together makes this show worth watching. So if you’re looking for a perfect show to bring the family together or for you and date to ease up some nerves, then Jane The Virgin is your girl.

This is an award-winning American Fantasy comedy TV show created by Micheal Schur, so it’s only right we wrap up with it. The show first premiered in September 2016 and has 4 seasons of 53 episodes.

What makes this show stand out is its brilliant evolution of plot and twists, changing of storyline, and sweet comic reliefs. Ellenor Shellstrop is welcomed to the afterlife, The Good Place. A heaven-like Utopia designed by Micheal, the afterlife architect, for her righteous life. I can boldly tell you that this show would give your family the best bonding time ever and get you laughing as hard as it gets.