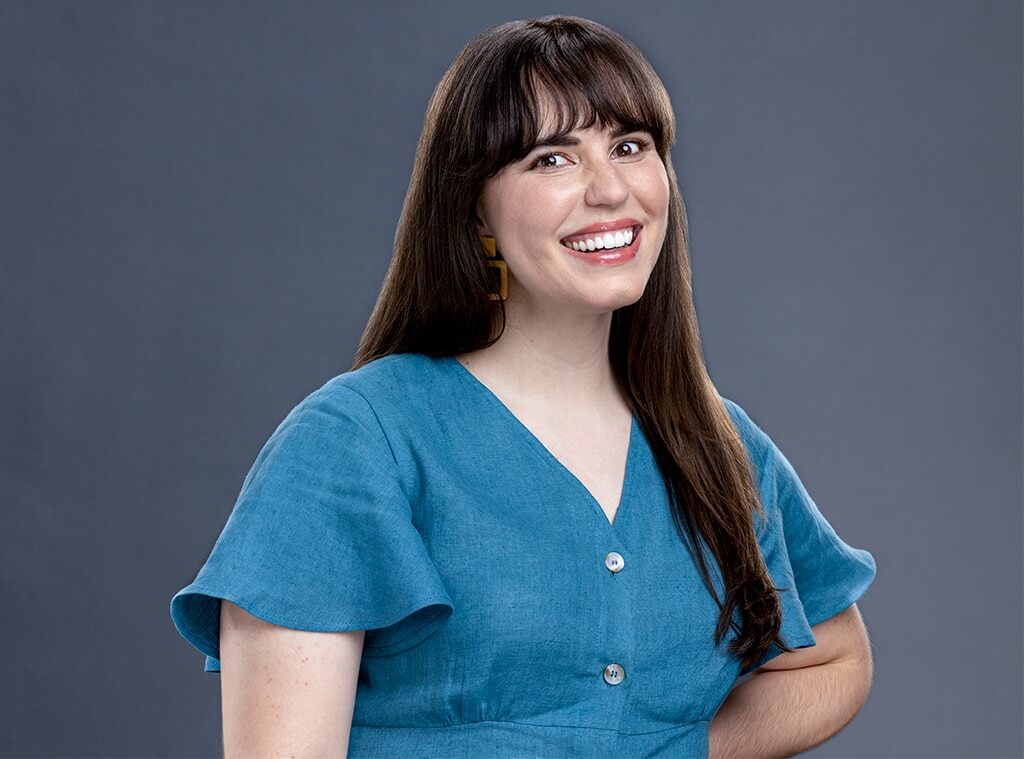 0
SHARES
ShareTweet
Pinterest
Contents show
1 Meet Brittany Hoopes Big Brother 24 Houseguest
1.1 What’s the best advice you received before coming out to play?
1.2 What do you think people will perceive you as?
1.3 What types of players would you least want in your alliance?
1.4 What’s something the other houseguests may dislike about you?
1.5 On eviction night, would you rather flip the votes against the house to help your individual game, or go with the house to help your overall alliance?

As Big Brother 4 cast has been revealed, let’s get to know more about Brittany Hoopes, a 32-year-old Hypnotherapist from Atlanta, Georgia who will be competing with fifteen other houseguests for the $750,000 grand prize this summer.

My husband and I talked about the game and what my strategy would be. And I mean, I’ve been putting together a notebook full of 40+ pages of different things that I want to try out in the house. But I would say the best strategy is just to be adaptable and authentic. Sure, I might tell a fib or two when I’m in the house. But I’m still gonna be myself at the core of my being and adapt to whatever is thrown my way.

Let’s just be honest. I think people are gonna see me, especially when I tell them that I’m a toy testing researcher, they’re gonna be like, “Oh, she’s cute. She’s fun. She works with kids. She’s a sweetheart.” And I think they’re going to underestimate my psychological game, my mental game, and probably even my physical game. I’m a competitive belly dancer. I like to work out. I have a curvy figure. So I think people might underestimate that. But that’s what I want. I want to not be seen as a threat. So I think all that will play to my advantage.

I have a hierarchy that I’ve been developing. So the players I least want in my alliance are the players that are both strong and smart. You can’t have both! (Laughs.) That’s a very threatening player to my game. First, I want to get out the people who are strong and smart, then the people who are super smart, then the people are super strong. And whoever is left, they will be my alliance members. They’re who I’m taking to the end. They’re who I’m going to be able to beat in the end.

Oh, Lord. I love to talk. I love to have deep, meaningful conversations with people. That’s what I’m super excited to have in the house. I’m going to have to read the room, like we always have to do, to be able to see if other people are wanting to develop those types of deep relationships as well. If I get somebody who’s not a talker–like I’m thinking back to Cody back in the day–maybe that might be something that they dislike. (Laughs.)

Oh, that’s so tough. My hope is that I position myself to where what I want individually is also going to have the bonus effect of helping my alliance. But if it comes down to it, where it’s either helping the alliance or helping my individual game, I think we’re gonna have to see how the temperature of the house is this season in terms of what is deemed acceptable.

Last season wouldn’t have been acceptable to go against the grain. But in other past seasons of Big Brother–I’m a super fan; I’ve watched them all–it’s been okay to flip a little bit more. And so my hope is that I would be more on the side of wanting to flip to further my individual game than going with an alliance. But not if going against the alliance is going to hurt my individual game.