This week, 4 housemates are up for possible eviction from the big brother naija show after been placed on nomination by fellow housemates.

Aside from that, this week has been full of dramas and twist as big brother decided to introduce 5 new housemates into the bbnaija house in a plot to spice up the game.

Big Brother Naija Housemates up for Eviction This Week (Week 5)

Note that Frodd was not nominated because he’s this week’s Head of House(HOH) which automatically makes him automatically immune to nominations.

The four housemates that were up for eviction this week are Omashola. Jeff, Mike, and Tacha. According to big brother, at least one of these housemates will be leaving the big brother house.

Omashola, Tacha and Mike were all saved after claiming the highest vote and Jeff saw his journey to winning the grand price of N60million come to an end as he claimed the lowest vote. 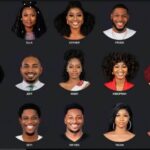 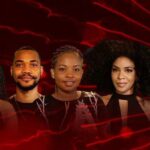