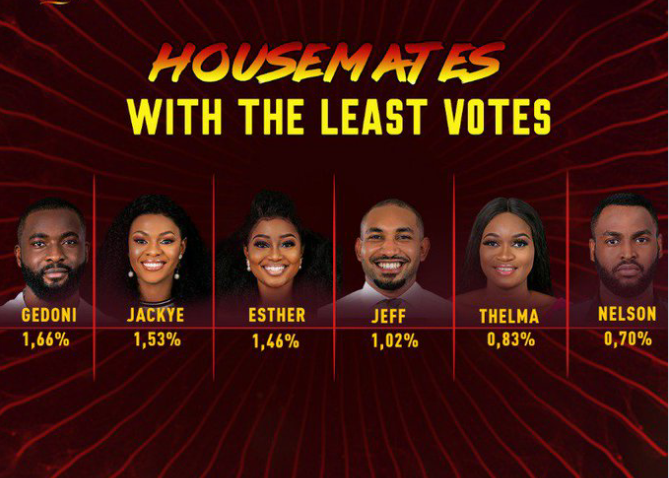 This week, big brother decided to place all housemates on nomination as punishment for their nonchalant attitude and continuous violation of big brother house rules.

A total of 16 housemates were all up for eviction. Seyi and Tacha who were earlier fake evicted and sent to the secret room were also placed on possible eviction after which they returned to the house on Tuesday.

Gedoni, Jackye, Esther Jeff and Nelson all got the least vote with the above-mentioned housemates sharing only 7.2% of the total vote cast by fans.

There are now 14 housemates left in the big brother naija house, who do you think is going to walk home with the grand prize of N60 million, share with us in the comment section below.