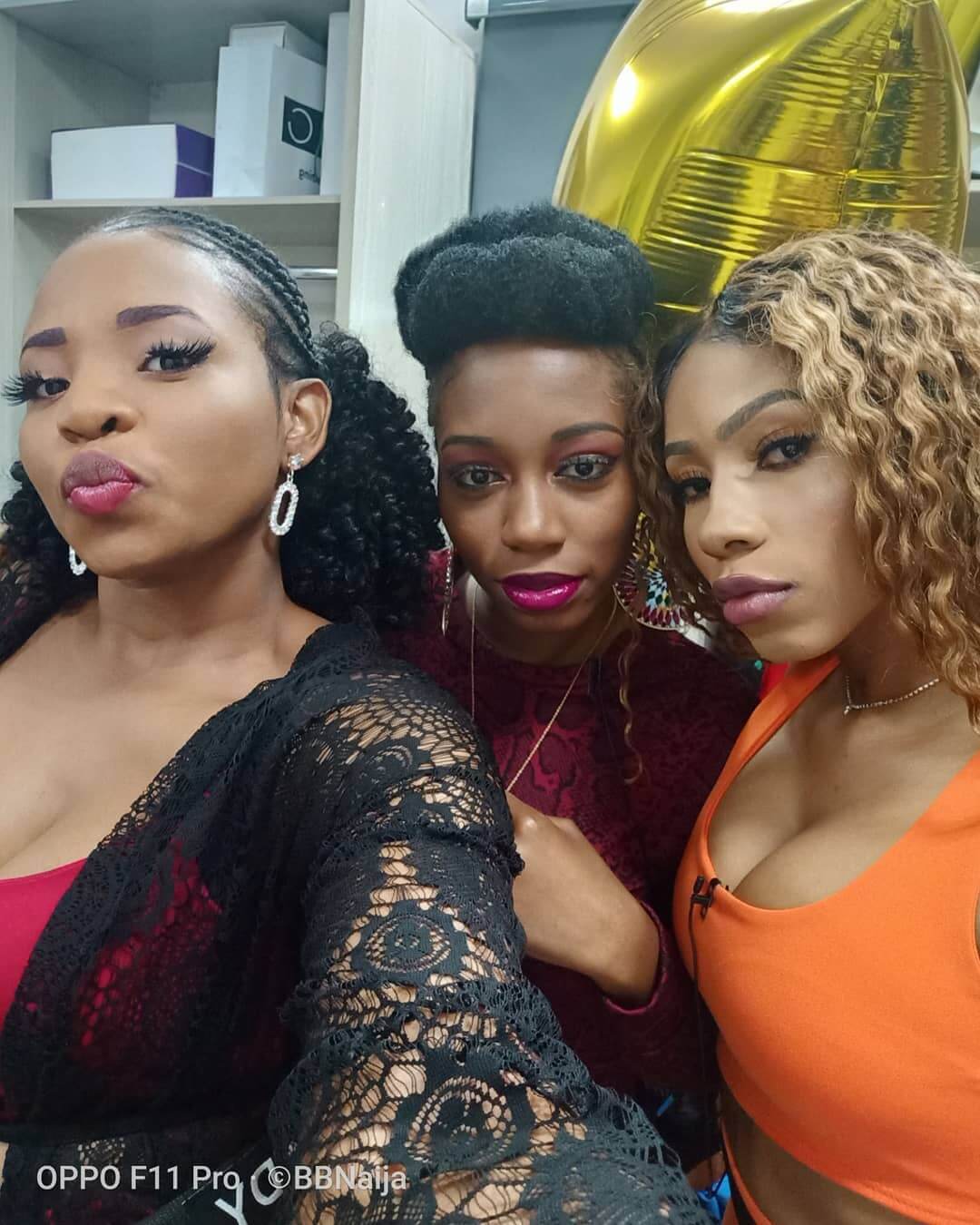 The Big Brother Naija Saturday Night Party was a gold-themed affair and thanks to Dj Enimoney the Housemates danced away their tension on the dance floor. Here’s all that happened.

When the Housemates heard the jams DJ Enimoney played, they had no choice but to turn up. After an intense week in the Big Brother Naija House, it was refreshing to see the Housemates let it out on the dancefloor.

Differences To One Side – Seyi vs Tacha

Recall that Seyi and Tacha had a misunderstanding some days back which resulted in both of them exchanging words.

The tension between these two seemed to vanish as they danced away their quarrel. Seems the pulled a fast one on the viewers.

The Housemates have partied away their problems on the dance floor, but it didn’t end there, It all started with Mercy blasting Khafi.

Mercy, during a chat with Diane after Saturday night party, lamented Khafi’s recent attitude towards housemates.

According to her, Khafi is trying so hard to be ‘Tacha’ but cannot reach that level.

Mercy told Diane: “Khafi is so aggressive these days, she is trying to be Tacha but can’t be.

“Tacha is a real nigga that does not have emotions. “Khafi is a low budget Tacha, she is trying to migrate to that level from Wallgako to agama lizard.

“Now I can see what Gedoni was saying that she is manipulative. I overrated Khafi over Venita but not anymore

Just when you thought the drama was over, up next was Venita and Mercy.

It all started when Mercy approached Venita over her discussion with Khafi, blaming her for their punishment.

Recall that big brother on Friday punished five housemates; Omashola, Tacha, Venita, Frodd and Khafi for losing their wager task. And their punishment was “To clean the house thoroughly and scrub the Jacuzzi”.

Khafi earlier told Mercy that Venita suspects that Mercy, as the Head of House, suggested the punishment to Biggie.

But, Venita trying to clear the air with Mercy after Saturday night party broke down in tears.

According to her, she only told Khafi that she suspects Mercy told biggie to give the legends their punishment and was not certain about it.

In the process of trying to convince and pacify Mercy about her loyalty as a friend to her, Venita broke down in tears.

#Venita breaks down in tears while confronting #Mercy and #Khafi… it seems everyone is making a good meal out of gossip in the house… .#bbnaija #bigbronaija #bbnaija2019#BBNaija4 #Bet9ja #BigBrotherNaija#BellaNaija #bbnaijapepperdem#Nigerian #nigeriaweddin #nigerians#nigeria #egypt #namibia #southafrica

Stay tuned to us as we bring you latest updates from the big brother naija house. Voting result for this week will be announced soon. Also join our telegram channel for more updates