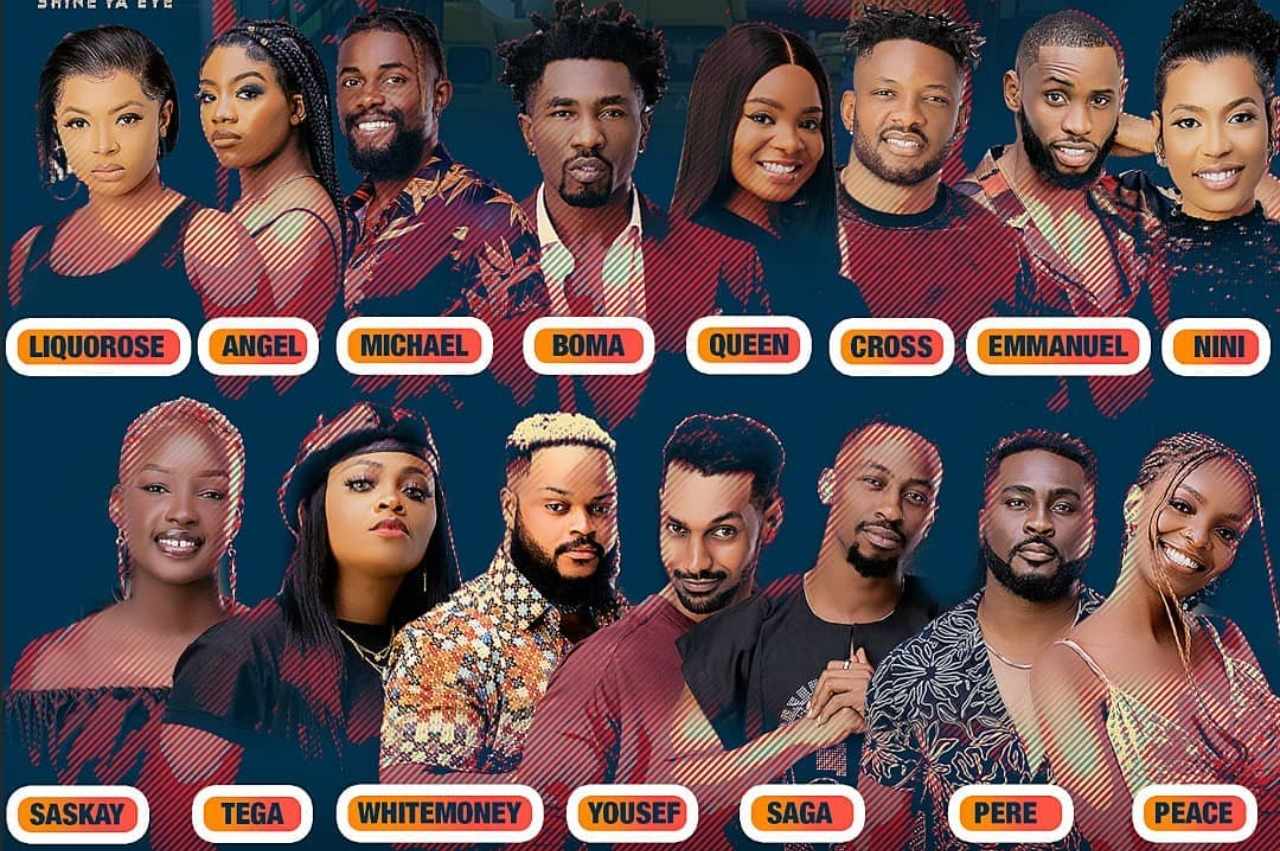 In week six of BBNaija, 15 Big Brother Naija Season 6 Housemates are up for possible eviction and one or more will be evicted today. With a total of 17 housemates left in the house the competition and race to win the grand prize of N90million is now getting tougher.

Follow the new twist, the fifteen BBNaija Shine Ya Eye Housemates up for possible eviction in week 6 of Big Brother Naija Season 6 are:

Tega made her dream come true when she stepped on the BBNaija stage to speak with Ebuka. The budding actress had an amazing friendship with Princess and a special connection with Boma. Here’s a look at some of her highlights in Biggie’s House.

Michael’s dream to fame and musical success was going to be through Biggie’s House and he sure did make us get into his vibe as artist. His affection for Jackie B as well was one of the highlights of this season. Here’s a look at some of his highlights in the House.

Peace made a mark this season as the first Head of House in Biggie’s House. She was also skilled at bonding with people and made her mark as a part of the Power Puff Girls alongside Arin and Nini. Here’s a look at some of her Highlights in the House.

Boma made quite an impression on fans and his fellow Housemates with the amount of work he has done as an actor and never let us forget he was a street kid from Yaba who hustled his way to the top. The one and only Okra slipped in and out of quite a few situationships with Angel, Queen and Tega. Here’s a look at some of his highlights in the House.