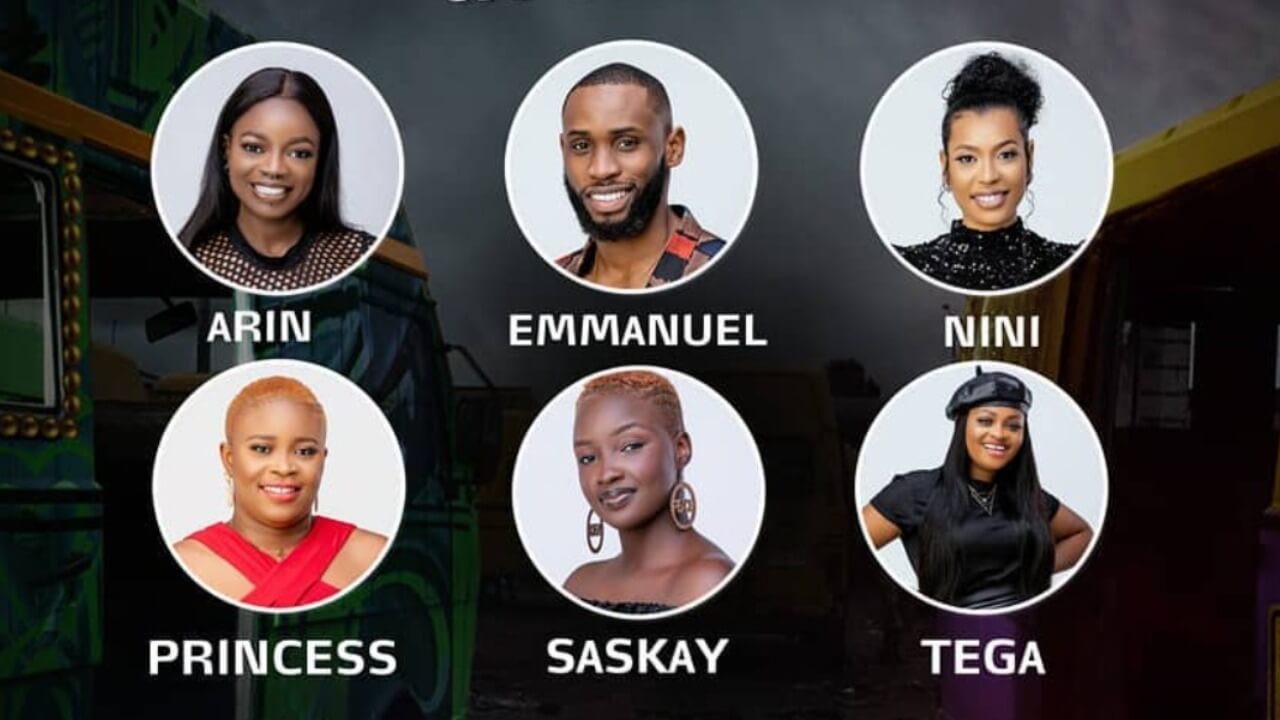 This week, 6 Big Brother Naija Season 6 Housemates are up for possible eviction and one or more will be evicted today. Apart from BBNaija Week 3 Head of House Pere, the 4 new housemates (Michael, Kayvee, JMK and Queen) who were introduced into the game on Day 12 were also immune from nomination.

Big Brother Naija Shine Ya Eye Season 6 which started with 22 housemates saw its first three evictions in week 2 and also the introduction of four new housemates,

After the nomination process, the 6 housemates with the highest nominations (Arin, Emmanuel, Nini, Saskay, Tega and Princess) were to be up for eviction.

The veto power was called into play and the current head of house and veto power holder Pere was asked to save and replace one housemate of his choice. Pere saved Saga and replaced him with Saskay.

The Final six Shine Ya Eye Housemates up for possible eviction in week 3 of Big Brother Naija Season 6 are:

Princess entered Biggie’s House and that was a dream come true for her. Making close friends with Whitemoney, Princess was pretty much cordial with everyone. Unfortunately for her, she always got in trouble for laughing at the Housemates’ fights. Here’s a look at some of her highlights in Biggie’s House.