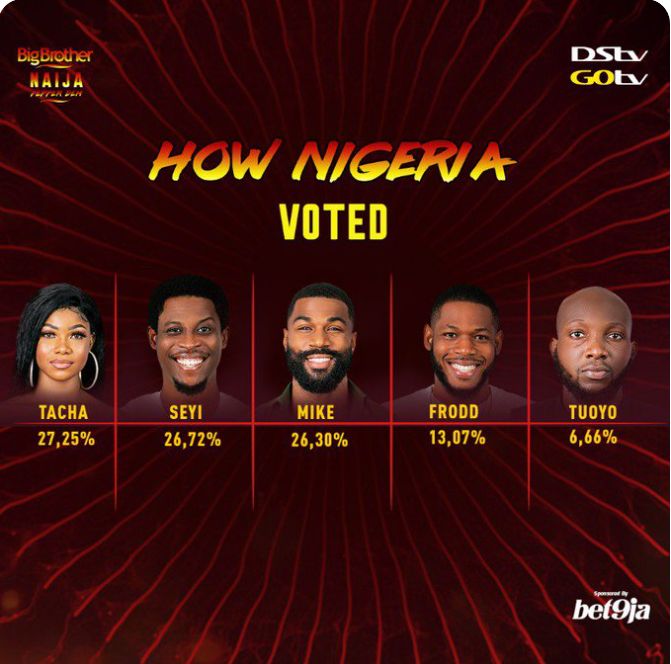 Bbnaija voting results – Below are the voting percentage amassed by each housemate.

Tacha claimed the highest vote this time after been placed on a back to back nomination for 3 straight week. According to her, she feels the housemates see her as a treat and they’ll do anything to eliminate her from the game.

Tuoyo who happens to have the least vote (6.66%) was evicted from the big brother naija house. The fitness coach and part-time striper will definitely be missed and he was the life of Saturday night parties.

During his brief chat with Ebuka, Tuoyo said he was shocked that Frodd and Seyi nominated him but Ebuka was quick to remind him that it’s a game and anything goes. He also pointed out that he liked Diane but he has a girlfriend outside the house and until they are both out, anything can happen.