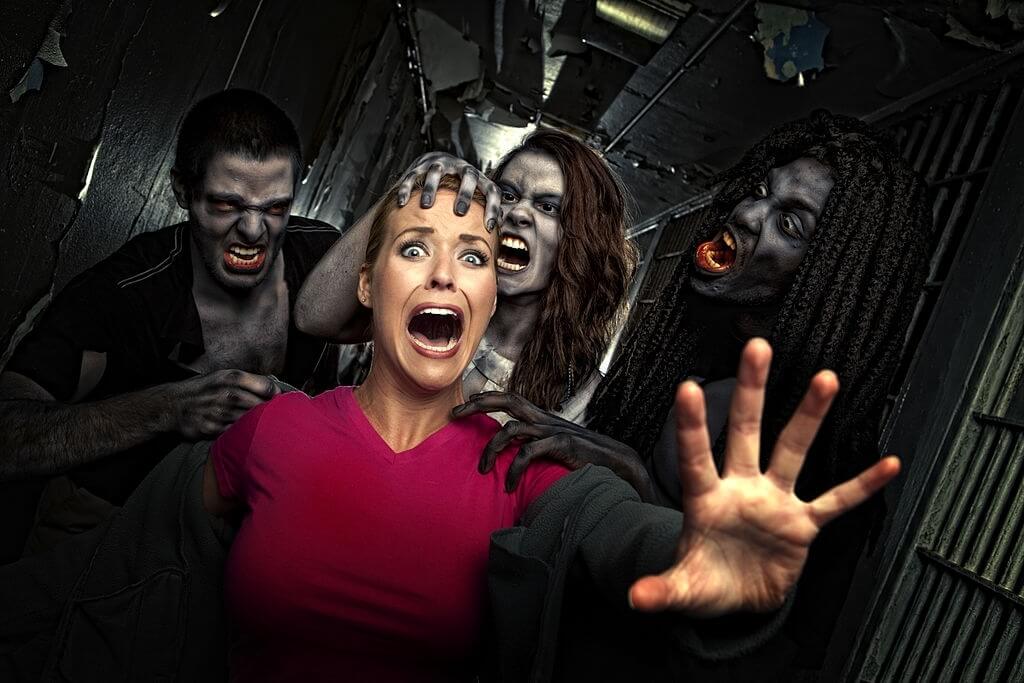 Zombies movies are one of the best types of horror movies mainly because of its terrifying nature. While zombie films generally fall into the horror genre, some cross over into other genres, such as action, comedy, science fiction, thriller, or romance.

A virus outbreak is all that is needed to kickstart a zombie apocalypse and with the world so screwed up, the possibility doesn’t seem so far off. Here’s a list of the top 10 Zombie movies on Netflix.

1. Town of the Living Dead

The show isn’t actually a typical zombie show. In fact, the only zombies in this show are people playing people who want to play zombies but it is a quite different show from its counterparts and enjoyable nevertheless.

It focuses on a small town in Alabama that has its own independent zombie movie project going on. Meanwhile, the town is being overrun by zombies, not necessarily the real zombies though as it is the actors that are to act like zombies in the film.

Z Nation is a show that follows the story of Alvin Murphy, who was an inmate in a naval prison when he was subjected to unwilling experiments approved by the government. Murphy was the only survivor while the rest of the test subjects died.

A few days later, the world fell to pieces as there was a zombie outbreak that turned everyone into a cannibalistic corpse. But Murphy wasn’t affected like everyone else even after he was bitten.

It eventually turned out that those experiments were a boon and Murphy is somehow immune to the zombie effect, he wasn’t completely immune as his skin begins to turn blue, and he seems to have control over other zombies.

Dead Set is a show where the Production continues on the set of Big Brother as the contestants and the crew members continue to shoot and air the episodes. While everything seemed calm for them, all hell breaks loose on the outside world as a zombie outbreak has engulfed the whole of Britain and everyone has been turned into a zombie.

The contestants are unaware of this due to its isolated setting and being cut off from the outside world. Things got bloody on the eviction after the doors of the house open.

As a zombie outbreak sweeps the country, a dad and his daughter take a harrowing train journey in an attempt to reach the only city that’s still safe.

The 2016 action horror movie takes place on a passenger train as a zombie apocalypse breaks out across South Korea due to a chemical leak at a biotech plant. The movie stars actors Gong Too, Jung Yu-mi, and Ma Dong-seok.

Helix is a show that follows Dr. Alan Farragut who leads a team of scientists to an Arctic bioresearch station where a mysterious virus outbreak has left everyone perplexed. The scientists discovered that things are more out of control than it is being let out after they begin to study the virus.

The company that hired them to handle the situation was very much interested in the knowledge that they have gained about the virus and the efforts of completely eradicating the outbreak don’t seem to be on the list but they soon find their connection cut off from the outside world as they struggle to stay intact in the life or death situations.

The show follows Sheila Hammond, who had a normal life until she threw up in front of her customers while showing a house that she wanted to sell. She began to discover new changes in her personality as her condition deteriorates.

Sheila’s husband known as Joel tries to find out the root cause of her situation but things quickly escalate with Sheila eating up a man before they can land on a conclusion which clearly established that she is now a zombie, Sheila and Joel tried to find ways to keep her diet satiated while trying to make their normal lives work.

Several years since the zombie apocalypse was staved off. People formed a strong, armed resistance for relentless hunting of the people who had turned into zombies resulted in turning the world back to normal.

The scientists also found a way to turn the consciousness of the zombies around to act as humans again. The re-animated people to go back to normal through a lot of medications, injections, and a bit of touch-up but it isn’t as easy as it looks.

The show follows the life of a family that has complicated written all over it. Nick who is a drug addict witnesses his girlfriend eating a corpse, he tried to understand if it was a hallucination or was it a reality. And slowly, the rumors of an epidemic begin to spread as Nick and his family had to find a way to survive.

The Walking Dead is one of the most popular shows of recent times and garnering critical acclaim on the side. The show all started when Rick Grimes woke up from a coma and found that the whole world had been zombified. Rick discovered that even in the world overrun by zombies as he reunites with his family and finds a group that later becomes family to him but it is still the humans who pose far greater threats.

The show involved exceptional acting by its lead actors and consistently smart storytelling by its writers has resulted in a loyal following of the show.

iZombie is a show that follows Olivia Moore, who is a medical student with high hopes and dreams about her life but all that changes when she attends a boat party. Olivia’s life crashes down as she discovers that she has turned into a zombie.

She tried to preserve her sanity by eating the brains of dead people which involved severing ties with her fiancé and her family and keeping the supply coming; she took up a job at the morgue where she can stay out of everyone’s attention without raising suspicions.

The above-listed movies are some of the best Zombie movies on Netflix; is there any other zombie movie you think should be on the list? drop a comment below.