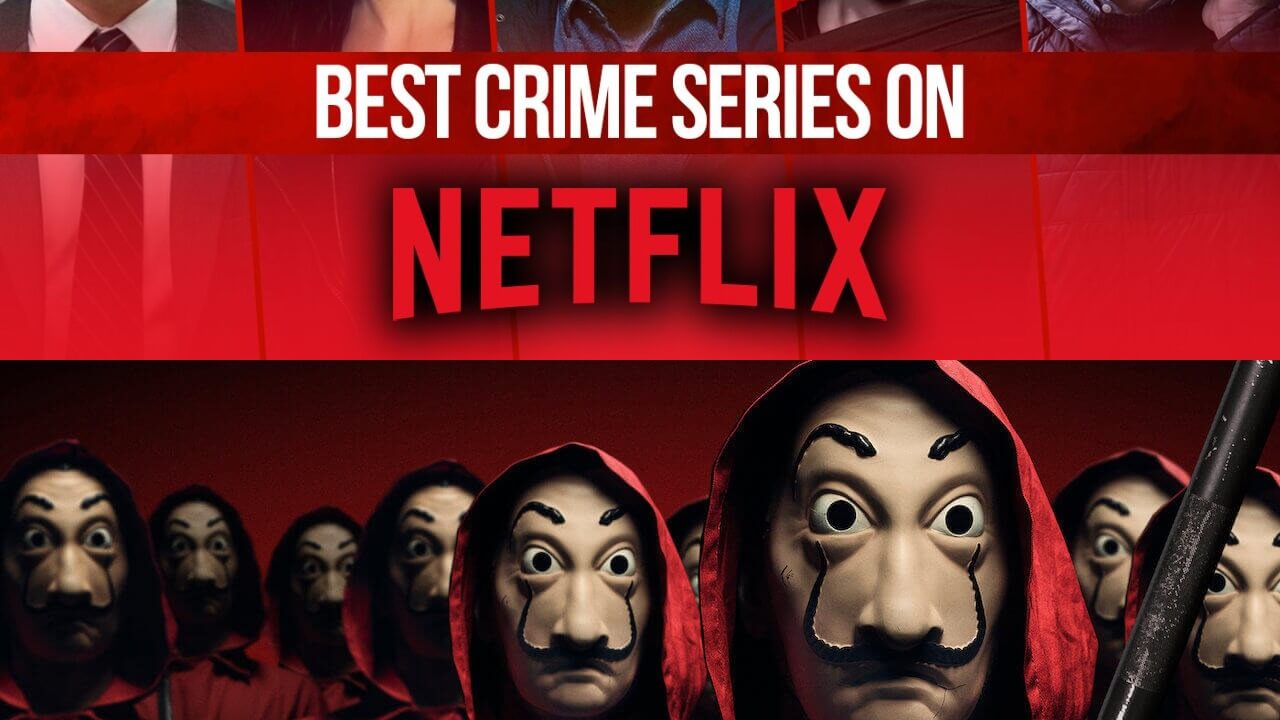 What Crime TV Shows Should I Watch on Netflix?

Who doesn’t like drama and action mixed in one, who doesn’t enjoy the thrills and chills of a good crime scene, who doesn’t like the suspense of finding out who did what and to who. There’s no doubt that crime tv shows have taken the big stage and captivated the most out of movie fans these days, and lucky you because Netflix has the very best when it comes to Crime Drama series and movie shows.

Sometimes choosing the best can be a bit tricky, but to be honest, it all depends on your preference, how you like your shows, or what you look for in a good show. Some might like a little bloodshed mixed with tears and sweat, some might like mysterious murders and calculated investigations, while others might just be looking for a good story with a bit of everyday drama and some suspense to keep them engaged through the whole showdown.

We’ve got you covered with whatever type of crime tv series you may like. Let’s look at some of the best crime tv shows on Netflix.

This is an American legal drama series created by Aaron Korsh. It first premiered on the USA Network in June 2011 and concluded in September 2019 but became available on Netflix later that year.

The show is set in a fictional firm in New York, headed by the rich and famous Harvey Specter, his close associates Mike Russ who helps him win and close several cases while they hide the truth about Mike not attending law school to complete his law degree from Rachel Zane who is an ambitious paralegal, his secretary and confidant Donna Paulsen and the firm’s managing partner Jessica Pearson.

This legal crime drama series has a lot of hidden secrets that would surely keep those who love a good mystery show at bay.

Based on the 1999 novel by Petra Hammesfahr of the same title, The Sinner is another brilliant police procedural crime drama TV series.

Every season has a different set of characters, also a little touch and twist to the previous storyline, but one thing that remains constant is the lead character played by Bill Pullman. Pullman is a police detective who investigates and solves crimes committed by unlikely suspects with weird and disturbing motivations. So if you’re a big fan of mystery, join Pullman as he faces new crimes and cases in the city and tries to uncover the motives behind each crime.

This is a fantasy TV series based on the DC comics version of the devil Lucifer Morning Star. It was created by Tom Kapinos and premiered in January 2016. The show has a total of 6 seasons and 93 episodes which are all available on Netflix.

In the show, Lucifer abandons hell and comes to live in Los Angeles where he has his night club LUX and later becomes a consultant for the Los Angeles Police Department (LAPD) where he meets detective Chloe Decker who he becomes curious of as non of his charms or powers seem to be working on her. If you are looking forward to a crime drama show of comic reliefs and hilarious drama then Lucifer is your go-to series.

Queen Of The South

Queen of the south is a telenovela crime drama television series created by Joshua John Miller and M.A Fortin. The show is an adaptation of the novel La Reina del Sur written by author Arturo Pérez-Reverte.

Teresa Mendoza who was a very poor Mexican lady gathered immense wealth from her vast drug empire. After falling in love with a drug lord, Teresa learns a thing or two from him before he is murdered. She then has to flee to America as she was highly wanted in Mexico due to her link with her late boyfriend/drug lord.

In America, Teresa decides to start up her drug line of business, through her vision and unique running of illicit drug distribution in the states, she attracts a lot of associates and investors which helped her climb to the top quickly. But as we all know the top is never the peak, Teresa aims higher which puts her in more danger with old enemies and even the Federal Drug Agency.

This is a South African teen crime drama series that was developed by Gambit films for Netflix. It first premiered on Netflix in May 2020 and became one of the biggest African series on Netflix.

Set in Cape Town, South Africa, Puleng is transferred to an elite school where she meets a girl Fikile who she suspects might be her long-lost sister. When Puleng was young, her kid sister Phume was kidnapped not long after birth, investigations pointed to her father who denied all allegations as we see him battle with court cases throughout the show.

Puleng believes that Fikilel is her sister and if only she can prove it then her father would be proven innocent and her family reunited, but from the look of things, Fikile doesn’t want anything to be proven.

Locked up is a Spanish crime drama series that follows the life and trials of Macarena Ferreiro who was set up by her boss and lover for corporate fraud and finds herself locked up in a high-security female prison.

As a young and naive middle-class woman, Macarena struggled to even put up a fight against the case in court and faced a bigger challenge in prison. Through being bullied and stepped on several times, macarena slowly but steadily finds a voice in prison and soon becomes a boss to the inmates. She now has to use her power and newly found connection to figure a way out of prison and prove her innocence.

Another Spanish teen thriller series, Elite follows the lives of the rich and class of Spain’s finest teenagers. The show premiered in October 2018 and has aired 4 seasons so far.

When 3 middle-class teenagers are given scholarships in an e exclusively Elite school, there is a huge clash between the wealthy and the poor who h leads to mysterious murders and unplanned relationships.

Samuel, Nadia, and Christian must fight off the evil plots of the rich and powerful intimidating pupils of their new school who are doing everything possible to kick them out. Would they go down or would they get through it even stronger?

If you are a big fan of all the action and drama that comes with good drug lord movies, then you’ve found the very best. El Chapo is Netflix’s very own narration of the all-time high and powerful life of Mexican drug lord Joaquin El Chapo Guzman.

The 3 season series walks us through the life of an ordinary man Joaquin living in the Guadalajara cartel in the 1980s as he takes up the hunger to be better and starts up his own drug business and slowly builds his empire. We see the rise to the peak of Joaquin as he becomes El Chapo and runs the biggest drug empire the world has ever seen. The series takes us on a journey of the low, rise, and fall of El Chapo, and his empire.

Money Heist, also known as La Casa de Papel is a Spanish heist crime drama series developed by Alex Pina and often referred to as the greatest Spanish series ever made. The series was an instant success and gained massive fans and positive reviews shortly after it first aired in November 2017.

The series follows the execution of two long well pre-planned heists by the Professor as he gathers a team of unknown minor criminals and dishes out a three-month lesson on how best to execute his plan to rob the Royal Mint of Spain and The Bank of Spain.

This is a British crime drama TV series created by Steven Knight. Set in Birmingham, England, the show centres around the Shelby family and their notorious leader Tommy Shelby who helps the family climb to new heights outside their small city.

After the three brothers return from war, their view on life and the world changes leaving them hungry for more power, wealth, and fame beyond the borders of England, and their gang leader Tommy Shelby is willing to do whatever it takes, good or bad, to achieve his dreams.

From teen crime to police and even legal crime drama, this list has every touch of crime show available on Netflix that would definitely score at the top of any list and check out every type of crime TV show preference.

To be honest, it’s going to be a lot of work trying to narrow down over a thousand crime drama shows on Netflix to one and crown it the best, every show has its flavour and drama which makes it unique, which is why I tried to include all possible fans favourite and some personal favourite too that I’m sure would get you in that detective mode a good crime show is known to do best.