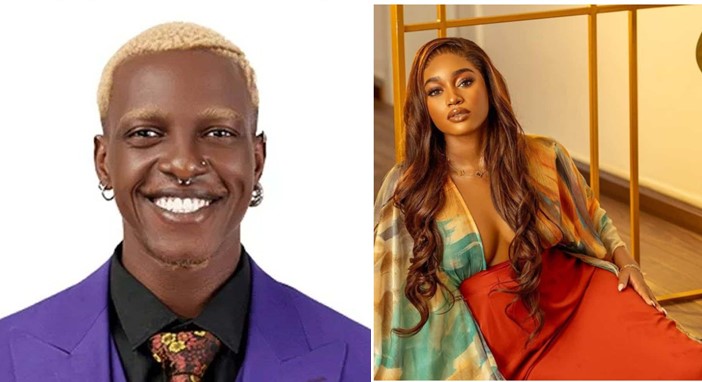 Beauty speaks on having an eye for Hermes.

Beauty Tukura, also known as Beauty, a disqualified Big Brother Naija Level Up housemate, revealed that if the two had been living together, Hermes, a fellow level one roommate, and Groovy, a level two housemate, would have likely piqued her interest more.

During an interview with Victoria Eze, also known as Miz Vick on the Unlocked show, the former beauty queen made this admission.

She remarked that although though it might sound irrational, if she had been in the same house as Hermes, she most likely would have chosen him.

“If Hermes was in my house, I probably would have been more attracted to him than Groovy. And that is what’s so crazy.”

She went on to explain why she had trouble believing Groovy when he claimed that Chomzy had come up behind him in the party area and wrapped her arms around his neck.

“And I said, don’t dance with Chomzy and when I want to ask you, you will now say, she dragged me. Are you a furniture?”