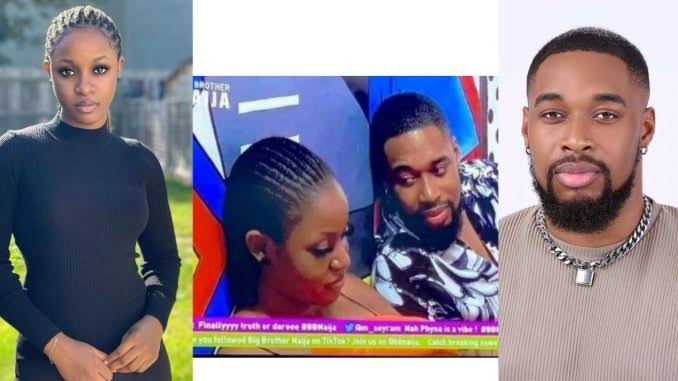 BBnaija housemate Bella believes that Sheggz’s family would not accept her because they would feel she is not good enough for her. She said this in a conversation she had with sheggz in the house. Sheggz said he felt her family would think she is sad because they were always arguing and she replied saying his family won’t accept her because she is not good enough for him.

She said this after they had a fight during the Saturday party, after which she broke things off with him and said she was tired if their relationship as he was always insulting and belittling her and said he would go back to his ex outside the house after they break up.

Later on sheggz apologized to her and even knelt down to prove his sincerity and bella forgave him. The couple had been having frequent quarrels and argument since the beginning of last week and hopefully this will be the last.

f course many viewers are not happy with this statement and feel that she is not playing her game well.

Kofoworola says “Bella is hugging Sheggz and crying even after he told her he’s going to leave her outside the house for his ex.This ship is the worst thing on this show”.