To share their excitement over the meeting of BBNaija Star Dorathy with Prince Nelson’s parents in Imo State, the PriDo Shippers have taken to social media.

It seems that the love-dovey friends have pushed their relationship into a romantic state. Both of them shared interest and sincere love for each other. In a few videos and posts posted in their social media accounts, this was revealed. They have been applauded by their fans for being able to cultivate their love to such a degree.

Some PriDo fans, although they have not yet announced their intentions, have begun to accuse them of doing hidden things as lovers. Despite the numerous social media conflicts, Prince had the applause of his fans for being a proud boyfriend to Dorathy.

It’s not quite clear whether Big Brother Naija’s ex-housemates were actually involved in a romantic relationship. We follow closely, however, and will warn you as soon as confirmation is made. 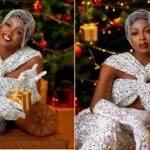