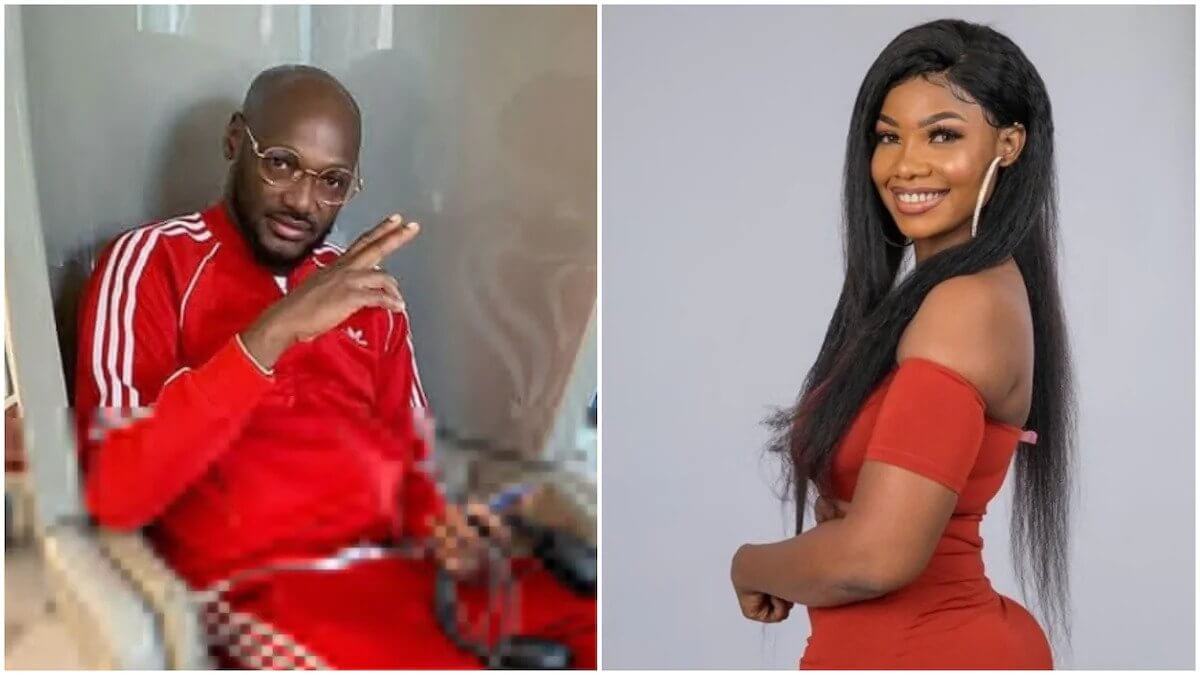 What Tacha Did To 2Face

2face Idibia was in the house as a special guest to have a chat with the top 10 housemates and also celebrate his 44th birthday in grand style.

Tuface also came along with a live band as he performed two of his songs for the housemates at the arena.

However, a shocking thing was noticed during the celebrity’s visit as Tacha, one of the housemates in the house appeared to snub an attempt by 2Face to shake her.

The singer had been sharing ‘high five’ handshakes with the housemates but when it was Tacha’s turn, she appeared to have shunned the singer’s high five.

Watch the video of the incident below which has gone viral and got Nigerians talking.

How can someone so disrespectful get have supporters? She's everything wrong, last night was the one night #Tacha should have left the house @BBNaija wuna fuck up, you guys a literally promoting bad manners #BBNaija

3 thoughts on “Video: What Tacha Did To 2Face When He Visited BBnaija House”