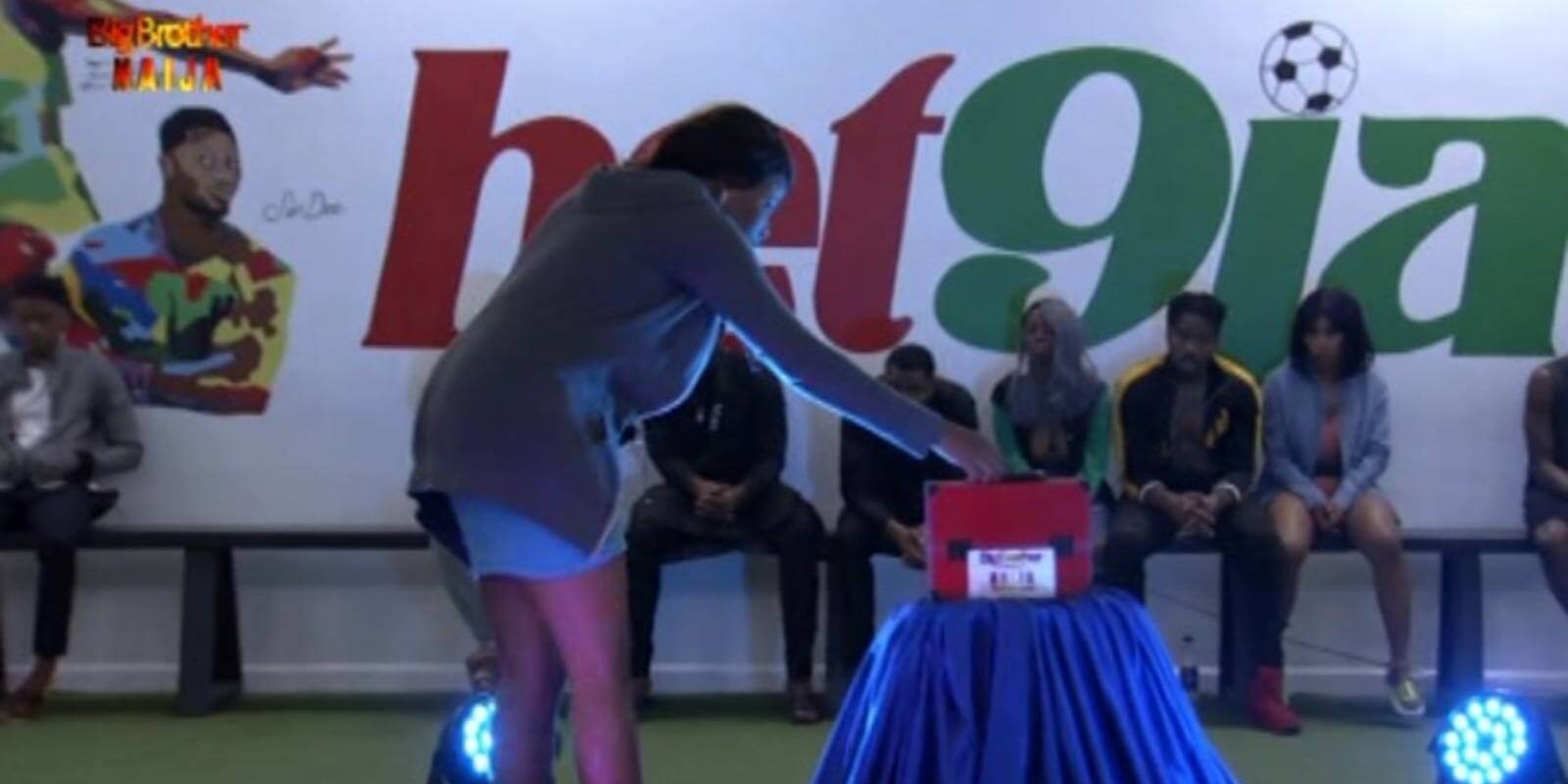 This will be the last veto power game of chance for this season and the winner will be crown the Ultimate Veto Power Holder. The title is going to come with some privileges which will be disclosed next week.

Big Brother presented the housemates with a locked Red box; the red box which contains a particular picture must be with the housemates at all time throughout the week.

The Red box must be wherever they are at every minute regardless of what the task is. Any housemate or housemates that tamper(s) to open the box or loses it will be severely punished. This meaning the box can go missing and they better not allow that happen. Punishment includes instant disqualification.

Housemates can exchange their picture cards but you can’t steal another’s or you’ll be punished.

For someone to win the game, the person must choose a picture that matches the particular one in the locked red box.

He said that the picking of pictures by the Housemates will be done daily for 6 days (There would be 60 pictures to pick from for the next 6 days). This means for a week, each Housemate will have picked 6 pictures.

In the end, the housemate’s whose picture is a duplicate with the one inside the box wins the final veto Power game for the Pepper Dem Season and will be crowned the Ultimate Veto Power Holder.

How will the winner be determined? On Sunday, the box will finally be opened and whoever has the exact duplicate picture of what is inside the box wins.

The ultimate twist to the game came when big brother announced that there will be a reset, Hence all issued strikes have been forgiven but warn that he won’t waste time issuing them.

Recall that Omashola and Mercy had one strike each while Tacha and Ike were on the verge of disqualification with two strikes each.

Omashola, Tacha, Ike and Mercy could not hide their joy as they smiled to the magnanimity of Big brother.

Remember, Ebuka earlier announced that there won’t be any eviction this week. As such, there is no nomination and definitely, no voting.

Who do you think will win big brother naija season 4? Share with us in the comment section below. Join us on Telegram for more updates.