We can conclude that last night’s bbnaija reunion show was the most civil we had seen since the commencement of the reunion show. With Tacha being civil in answering questions as she had always been, Seyi for the second time apologized to Thelma and they reconciled.

The show shaker, Ebuka, at first, asked everyone in the house if they all at one time or the other were guilty of gossip. Is there anyone who would admit such?. Maybe he/she is from planet Pluto, lol. But, Enkay admitted everyone gossiped.

The first ex-housemate to get caught was Jackye. Come to think of it, is there a possibility that Jackye’s issues against Khafi will ever see an end?. Anyways, Jackye denied ever gossiping, she stood on the claims that if by any chance there is an evidence of her being found gossiping, then she must have been lured into it.

Trust Ebuka and his ways, a video clip of Jackye calling Khafi inside a room saying “sit down, let’s gossip” was aired. Jackye who then felt being shot in the leg said “if it makes everyone feel better, I gossip”

On Diane’s accusations of gossips, Diane said she only talks with the people she vibes with, which is not everybody. she said “if i gossip, i own it with my chest”

Talk of being disrespectful, Mercy blurted out that she feels disrespected by Ike and Tacha’s relationship. In her statement she said “Ike and Tacha were disrespectful to me via social media, if you love someone, you have to be firm”

In Ike’s response, he said he understands that a man can never fight a woman and win in this country, “She couldn’t even name a time i was being disrespectful” he also cleared that he and Tacha never discuss any housemate. According to Ike “that’s not me being disrespectful to her, that’s me causing speculations to her fans which her fans will take as disrespect which she knew internally, it is not disrespect”

Moving on to Tacha, Ebuka said to her, you are not friendly with Mercy but you are friendly with her boyfriend, do you think you are being disrespectful sometimes? Tacha replied and said “Based up on what she said, I have nothing to say, absolutely, No comment”

In the last part of the show, Seyi’s mean statement about Thelma’s late brother who was murdered, was raised. Thelma voiced out her pain as regards it.

Mercy chipped in that although she is not defending Seyi but what transpired was that “That night was a Saturday night and we just got back from the party, Seyi was very very intoxicated……I made it that deep when i had issues with him, i let people know what he said when he was high”

Seyi, in his own defense said he was angry because anger makes him weak, “when I am angry, I do things I am not exactly proud of……but I am still gonna take responsibility for my actions”

Well, Thelma revealed that she had long forgiven Seyi, she mentioned that she was even the first person to hug him when he came out of the house. Seyi apologized for the statements. 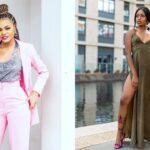 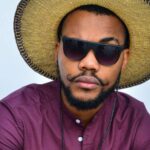