On BBNaija Reunion day 5, Ella, the first housemate to be evicted was present and her presence was the center of discussion. Also, present at the show was Ike, Mercy, Venita, Ella, Joe, Jackye, Kimoprah, Jeff and Diane

Ebuka discussed with the housemates matters on Disloyalty, Pretence and betrayals.

Jackye is obviously not done with her accusations and anger towards the seemingly unbothered Khafi. Jackye went ahead to declare Khafi as the biggest pretender in the house. According to Jackye, she got to know that people tagged her a gossip in the house because of Mercy’s believed to be artificial buttocks that she discussed with Khafi while in the house. Kimoprah then replied Jackye “It was like a two way street, if it wasn’t gossip to you, you were enabling”

A clip of showing Diane, Elozonam and Mercy was shown, in the video clip, the trio were seriously discussing Khafi. Mercy was hell bent discussing how Khafi had intentionally been stirring enmity between her and Venita.

Things started getting heated when another video clip of Ike and Ella being in a lovey mood was aired. Ella initially denied an accusation of being into Ike, but after the video was played, Ella admitted that she use to fancy Ike’

Ike went ahead to reveal his true intentions towards the two ladies. He explained that he is used to having girls fight over him. He said “Honestly, this is so, it’s stuff I am used to, Mercy knows i was looking at her just before the house” He further revealed that “My eyes were on Mercy, I was only playing games with Ella and leading her on” Ella didn’t let this slide as she replied him saying “You are stupid for saying that”

Mercy said her piece of mind claiming she is aware of Ella’s intentions towards her relationship, she said “You wanted two things, you wanted me as your friend and you wanted my man as your boyfriend”

the show moved on to the last part of the day’s edition. It was gathered that Ella went on social media to appeal for funds for her mother’s medical bills. According to the co ex-housemates, she did this after the housemates have contributed a huge sum for her. Not only that, she refused to provide the housemates with receipts or proofs showing that her mother was truly hospitalized even after being asked to provide them many times.

According to sir Dee, he felt bad at first when Kimoprah directly asked her for the hospital’s address but he later justified it because Ella became unresponsive, he said “we started suspecting you when we suddenly could not access you”

Trust the ever outspoken and daring Venita. Venita took her time to explain few details of the event ans set her accusations straight. She noted that “We did not see any receipts regarding that matter but Ella released Videos herself fully made up, and videos of her first live performance”

Ebuka tried to confirm what Venita’s allegations are regarding the matter, he asked her if she believed Ella lied to get the money from them. Venita responded saying “I did not only believed she lied, I believe she is very disrespectful, has bipolar, possibly, and has five different personalities, you don’t know which one yoy are going to get”

Ella took her stand and explained why she did not give any receipt. She explained that her mum was sick and that her mum wasn’t comfortable with her pictures flying over everywhere. She also said she pours all her resources into her music. This got countered by Mercy who went ahead to publicly asked Ella what she truly uses her resources to do. Ella replied that she use it to take care of her mum. Mercy again then asked her “do you do drugs?” Ella said she doesn’t do it.

In all the allegations and Ella’s trial to counter them, Ella started crying and said “I might have messed up everywhere but i am not bothered as long as my mum is breathing…….I am not crying because i am weak I am am crying because my mum never wanted anyone to see her like that” Ella went out of the room crying

Then the show came to an end! 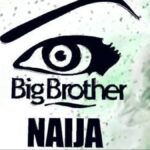