Remember I promised to always be your ears and eyes every time you missed the reunion show? Well, here I am again. Physically present at yesterday’s edition includes Seyi, Kimoprah, Venita, Frodd, Omashola and Jackye while Tacha, Mercy and Ike were virtually present.

Last night’s edition was strictly based on Diary sessions evaluations

When asked about each opinions as to who Biggie is, Joe sees him as a company, Elozonam saw him as a strong business man. Frodd said Biggie is a part of his personal successful beginnings. Mercy, Cindy and Khafi finds him sexy with video evidences to back it up.

Diary sessions reminisces began with Ebuka mentioning the fact that fans believed both Omashola and Khafi were most mentioned for utilizing diary sessions. That as a matter of fact, Omashola won BBnaija season 4 in the diary session.

Omashola in his replies maintained that he sees Biggie as a big dad and uncle. Prior to the house, no one could control him but biggie was able to walk into his heart. Aside that, Biggie is the only one he could truly talk to while in the house, and seeing Biggie was a once in a week affair, hence, he had to pack and everything that happened throughout that week in his head and pour them out within a limited time.

Jackye went on to lament that she understands and sees Omashola as a diary sessions person but that the “Other Party” (Khafi), her own was stab people in the back by venting anger about other people, painting them bad at every diary session and coming out smiling like nothing happened.

Seyi backed Jackye’s claims up by saying he gets frustrated every time Biggie calls Khafi into the diary room. He further explained that it didn’t take him long to realize Khafi’s kind of person as a corny and sneaky one

Venita also mentioned that Khafi utilizes the diary room so well and that it is an obvious act of insecurity as it is not genuine and real.

The Ex-housemates on the show mentioned the co ex-housemates they vented about to biggie the most.

A little argument had Frodd revealing that Seyi’s mum apologized to him on Seyi’s behalf. Seyi is shocked by this revelation and denied all allegations leveled against him by Frodd.

Tacha on her own maintained that she saw the diary session as an avenue for assessment, evaluation and judgements, most especially the Thursdays tasks, and not an avenue to vent anger towards anyone in the house.

Kimoprah complained that she thinks Biggie doesn’t like her, hence, she did not enjoy her diary sessions. Jackye mentioned she has similar feelings also. She then stated that she believed that every housemate that enjoyed their diary sessions, had severally watched the show and various clips of previous seasons, hence they were able to find their way into Biggie’s heart. Lots and lots of argument went on about the issue.

Omashola again mentioned that he had never watched BBNaija until he became a housemate. 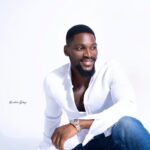 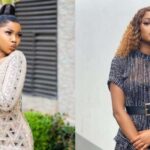