Its been three days since the reunion of the big brother season 4, pepper dem begun and the show has no doubt being more than what fans expected. It has been a heated one with lots of emotions and laugh.

Omashola left the show while Ike joined in yesterday’s episode

Yesterday’s edition had us through a pepper dem heated argument session on just one question.

EX-housemaes were asked to name the housemates they believed were showing off. Diane and a couple of other ex-housemates picked Omashola because of his constant throw of the Warri card as well as his age brags. Omashola however refuted it as not showing off but being matured

Few others went for Mercy because of the deliberate effort she puts into not repeating a cloth twice while in the house(a cloth for each day). It was even revealed that she came with 3 big boxes full of clothes. Mercy however debunked this and explained that it wasn’t a showing off on her part but just who she is as she is a fan of looking good and classy always.

Jackye was also accused of showing off when she constantly tells housemates she is different because she is an intellectual tech guru. Jackye defended this and said ‘if you are an intellect, people get to know without you having to make conscious effort of showing it’

The show got heated when Kimoprah defended why she picked Tacha as the housemate showing off. She explained that she sees Tacha as a nobody bragging to be somebody for weird and funny reasons best known to her.

Tacha calmly reply saying if Kimoprah has insecurities, she should fix them and that will go a long way in helping her to understand the difference between self confidence and bragging. Tacha however still clapped back and said “The last time I checked, you left”.

Ebuka allowed everyone to participate this time, Venita in a way explained that several times, she went to defend Tacha while in the house because housemate failed to understand that we all have different backgrounds and history, hence, our approach to games and humanity will be different.

Cindy, Mercy and Ike maintained the fact the game is the game, human feeling has nothing to play in it at all.

Seyi maintained that humanity and the game can play together if people are able to understand and tweak things a bit.

Remember we are always here at bbnaija.ng to give you detailed highlights of the show anytime you missed it. 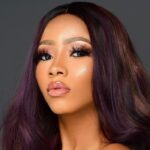 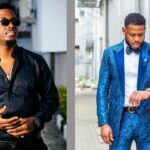