Last night’s episode of the BBNaija 2019 pepper dem, revealed Ebuka as the king of controversies. He always finds a way to dig out secret corpse

He began the show by playing various clips showing both Mercy and Ike in lovey-dovey moments. He went ahead to inquire Ike about when and where Ike knew he wanted a relationship with Mercy.

Ike revealed that it was in the second week in the house. This reply sparked a disagreement from Mercy who said that, Ike had been hitting on her since the auditions. The arguments revealed that the duo had met each other at the audition and already had each other’s address and contacts before resuming into Biggie’s house.

According to Ike, Mercy challenged him with her words at the first time he asked her out. Ike said “She kind of gave me a little bit of a challenge, she kinda told me Ike, I’m like the forbidden fruit, if you eat me, you will die”

Ebuka asked him if he could have had sex with Mercy while in the house and how he would have gone about it. Ike replied that, although Mercy was always frustrating him in the house, he still had his pretty way of romance and ability to always get into her head. He further explained that he did not have sex with her while in the house because he had never watched Big Brother Naija show, this made him had no clue about how sex matters do go on the show.

Ebuka then asked why she and Ike are always breaking up nearly every two days. Mercy explained that due to Ike’s foreign background and mentality which was different from her own Nigerian mentality, they were always having misunderstandings. Ebuka asked her about teasing Ike, she confirmed it and added that, Teasing is her own romance language.

Ebuka asked the duo if they are still together and if they are still following each other on social media. Mercy explained that it is Ike that always unfollow and block her on Instagram whenever they both have issues and she finds the behavior childish. Ike in his defense said that he does that because Mercy irritates him sometimes with her actions. He explained that whenever Mercy has too much to deal with, she is always asking for space.

Mercy defended herself and said she wasn’t always that way. Ike then sighted a recent example. He sighted that one day, he got a text from mercy saying “We have finished recording, Ike i need a break” Ebuka inquired the truth from Mercy and Mercy stood that it is not every time she always need a break. She said often times, she is stressed and just wants her space.

Ebuka proceed to ask Diane if she feels Mercy and Ike’s relationship is toxic. Diane said no, it is not toxic but she only has a problem with Ike over reacting and constantly blocking Mercy on social media, considering the fact that they’ve been together for a while. She added that she loved the couple’s relationship and that she finds it cute.

Ebuka played another clip which was one of Diane and Elozonam’s lovey-dovey moments. Ebuka asked Elozonam how and he and Diane started their relationship and if he knew about the relationship ring between Diane, Sir Dee, Tuoyo and Nelson.

Elozonam replied and explained that they started because when he got into the house, he felt socially awkward and Daine was the only one who made him feel relaxed. In reply to the second question, Elozonam revealed that yes, he knew about it because Diane herself told him.

Ebuka then asked Diane what changed for her when Elozonam got into the house. Diane explained that she is sapiosexual, she is attracted to guys that are cute and can always have intellectual conversations with her. That she had discussed with Elozonam and she had grown to love how his mind works.

Ebuka asked them about their status quo outside the house. Diane revealed that on getting outside the house, she found Elozonam unforgiving and taking matters to heart. Also, that Elozonam allows people to get into his head when it comes to matters of her. She said “I’ve seen Ike and Mercy, I have seen the way Ike carries Mercy and chooses her side regardless, Elozonam isn’t like that”

Elozonam injected that the reason Diane is giving is the same reason they both had issues with themselves in the house. He said that Diane made him a fourth option. Counting down from the line of Sir Dee, Nelson to Tuoyo, Ike, Mercy and he comes last.

Elozonam then confessed that “i really liked her”. At that, Mercy jumped in and shouted “why the word like?”. The whole discussion went into a huge argument with Mercy and Diane attacking him and he amidst them trying to explain his angle.

Elozonam explained that there was an issue when they got outside the house. He first insisted that he wasn’t going to discuss it and after a while, he settled for discussing it. Diane kept on shouting at him that she was going to drag him if he tries to discuss anything.

While the whole argument was going on between Diane and Elozonam, Ebuka raised and said “How much of a problem was Mawuli in this?”. At the sound of that statement, Diane stood on her feet, picked her purse and stormed out of the show in anger.

That was all on that happened on the show last night. A quick question, WHO IS MAWULI? 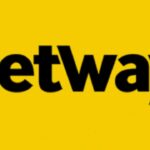