The show last night did give viewers the most highlight issue of the 2019 season.

Last night, Ebuka gave Tacha and Mercy the chance to clear the air about their issues. A clip of Mercy and Tacha’s first fight was played.

According to Tacha, she was in the bathroom with Mercy where she had just congratulated Mercy about buying her immunity from next week’s evictions. She said she didn’t know what Cindy said to Mercy that made mercy fly up in anger which she retaliated to. To justify her actions, Tacha said the pressure of the house and being constantly put up for evictions led her to that stage.

Mercy confirmed that currently, she and Tacha are cool but she still can’t understand their relationship on social media. Ebuka asked why they have never met each other after the Big Brother’s aside on the BBNaija reunion show.

Mercy replied that in real life, she and Tacha are cool with no issues but Tacha goes on Social Media to do lots of things. She complained that as much as Tacha claims to be cool with her, Tacha still go ahead to like, retweet and repost comments and posts that shades her. Mercy also revealed that she do screenshot them all to serve the purpose of receipts in the future.

Tacha denied Mercy’s allegations. She also revealed that after Big Brother’s house, on two ocassions or more, she had been on phone conversations with Mercy and not long after, she realized Mercy had blocked her. Mercy suggested that they both should quit the pretence, work on their relationship outside of social media and later take the result to social media.

Tacha explained that for the purpose of re-branding, she has a publicist and social media management team. Hence, whatever screenshots of shades, banters or subs Mercy might have saved, she is not directly responsible for them.

Mercy revealed that she blocked Tacha because of Tacha’s continuous banters at her.

Moving on, Ebuka asked Mercy about her Instagram live with Ubi Franklin where Ubi Franklin threw lots of hate words and shades at Tacha.

Mercy explained that after the live, she had a phone conversation with Ubi Franklin which she vented her disagreement with Ubi’s words and actions on the instagram live.

Against Mercy’s wants of Tacha not quoting her post during a brand ambassadorship unveiling, Tacha said that she quoted Mercy’s tweet because of the phone conversation she, Mercy and Ubi Franklin had prior to the brand unveiling. She said the phone conversation made her believe things are back to normal between herself and Mercy.

Ebuka asked them the possibilities of it been the constant bias and objective interventions of their fans responsible for their never ending issues.

Tacha revealed that she had suggested that they go on an Instagram live to let fans know that they are cool but Mercy rejected it.

Mercy said that she will believe they are cool with each other if they both have lone times, talk about the issues and clear the air amidst each other away from cameras and medias.

Tacha and Mercy confirmed that they are both ready to squash their differences and debunk social media speculations.

Mercy revealed that she will unblock Tacha immediately after the reunion show. 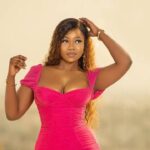