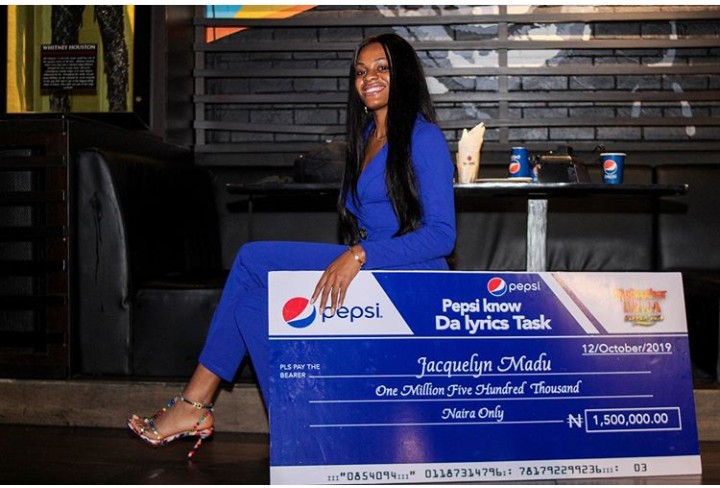 The just concluded Big Brother Naija pepper dem Tv show which saw Jackye receives her 1.5 million naira prize money plus an all-expense-paid trip to watch Pepsi One Music Fest in Dubai after she won the Pepsi lyrics challenge during the show.

The challenge which saw two housemates Seyi Awolowo and Jackye Madu as the last man standing before she defeated Seyi to become the winner of the Pepsi lyrics challenge.

Jackye, who finally go rewarded the cash prize, was full of joy and happiness after she was given the cheque at an event hosted by Bbn and Pepsi.