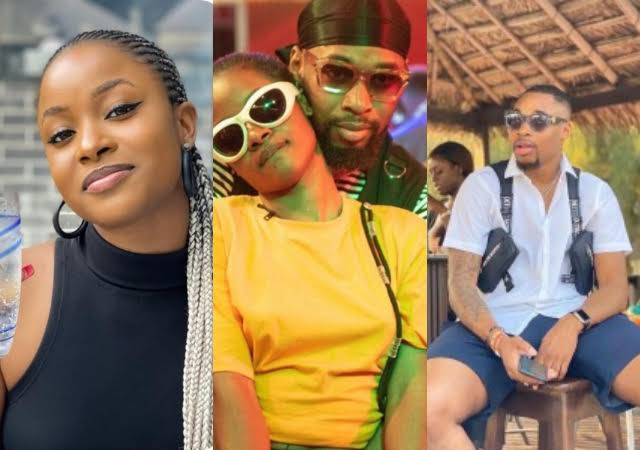 BBnaija housemates Bella and Sheggz call it quits after a lot of quarrels and arguments between both of them. One of the couples/ships in the season sheggz and Bella (shella) have decided to break up with each other after so much disagreements, make-up and fights. The couple who were the first couples this season have also been the first to call it quits as they are both tired of their arguments.

Sheggz after their almost usual arguments this morning told bella that he was tired of their relationship and bella replied saying it is over. However it is not sure if the are over for good because they have quarreled and made up so many times this past few weeks and it seems they are already talking.

However, many viewers are of the opinion that they should break up as they are both toxic and draining each other. One viewer even said”Bella and sheggz relationship is a reminder of a lot ladies that are stuck in an emotional and draining relationship but can’t leave cos the guy is tall, handsome, has beards, rich and holds some certain prospects. Some ladies would prefer to die than to leave such relationship.”

“Biggie should fake evict bella and let her see a therapist because the relationship is taking a mental toll on her”.