Reality tv shows seem to now be the surest way for regular people to rise to stardom and it is little wonder that a lot of Nigerians go through tough and stressful processes just to have a shot at being a part of the show.

Despite the criticism the show has received over the years from people who either think it is devilish or inappropriate, it has not stopped millions of young Nigerians from queuing during the audition process so as to join the show.

The fame that comes with bbnaija show quickly fades away as the show comes to an end and a new season begins but despite this, some few ex-housemates have managed to remain relevant and navigate their way into the entertainment industry.

BBNaija Housemates with the Highest Fanbase

In this article, we’ll be analyzing the top 12 bbnaija housemates with the highest fanbase by analyzing their social media following using Instagram and Twitter and also their popularity.

Ebuka was one of the contestants on the first edition of big brother show that took place in 2006.

Despite not winning the show, Ebuka is now in a very good place in the entertainment industry and has been the host of the newer season of the show.

This much-loved and bubbly lady was part of the second edition of the BBNaija reality tv show and she had a lot of fans on her side. She emerged the 1st runner up of big brother naija 2017 “See Gobe” edition.

Bisola Aiyeola is an actress and singer, she won the AMVCA Trailblazer Award at the 2018 Africa Magic Viewers Choice Awards.

Cynthia Nwadiora popularly known as Cee-C achieved fame after being a part of the 2018 edition of the Big Brother Nigeria reality tv show where she emerged as the 1st runner-up.

Cee-c is a lawyer, model, actress and fashion enthusiast.

Alexandra Sandra Asogwa Amuche popularly known as Alex Unusual ur where she emerged the 3rd runner-up.

Alex Unusual is a model, dancer and actress.

Tobi Bakare is another BBNaija star whom many cannot seem to get enough of. Tobi was part of the third season of Big Brother Naija themed “Double Wahala” where he emerged the 2nd runner-up.

Tobi is an ambassador for many brands, a show host, a model as well as an actor.

She is an entrepreneur, Fashion/Brand Influencer and an Actress having featured in a couple of Nollywood movies.

Tope Adenibuyan was one of  Big Brother Naija 2018 housemates. Teddy A is married to  Bamike Olawunmi (BamBam) and they have a child together.

Fame came to Teddy A when he became a contestant on Big Brother Naija 2018. He gained quite a lot of fans in the process while in the big brother house for 9 weeks.

Bamike Olawunmi Adenibuyan was one of  Big Brother Naija 2018 housemates. Bambam is married to Tope Adenibuyan, also known as Teddy A.

They met at the Big Brother house and fell in love. The couple got married in late 2019 and welcomed the birth of their baby girl, Zendaya Folakemi Adenibuyan in March.

Uriel Ngozi Oputa was part of the second season of Big Brother Naija themed “See Gobe”. Although Uriel didn’t make it to the final, she rose to prominence as one of the contestants at the 2017 edition of the reality tv show.

Anita Natacha Akide popularly known as Symply Tacha was no doubt the most controversial housemate of Big Brother Naija 2019.

She refer to her fan as ‘Titans”. Tacha is a businesswoman, makeup artist and a YouTube content creator.

Mercy is an actress, video vixen and entrepreneur.

Mike Edwards is a professional athlete and was the 1st runner-up at the just concluded big brother naija season 4 “Pepper dem” edition.

Mike is married to the love of his life, Perris Shakes-Drayton, a British Olympian and also a TV personality

There you have it, our top 12 BBNaija Housemates with the highest fanbase based on social media followings and popularity. 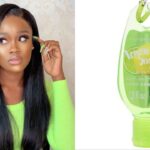 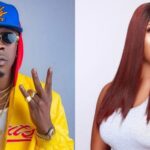