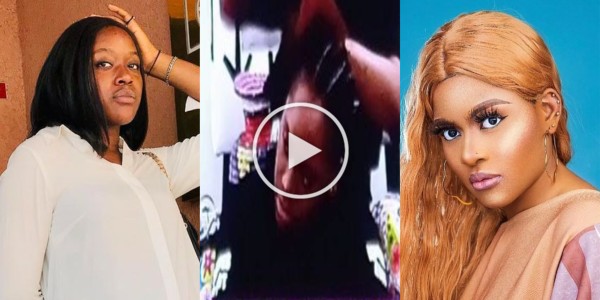 The fact that the evicted housemates were still present among them may not have been full housemates anymore, according to Phyna and Daniella.

This comes after Big Brother referred to them as “house guests” rather than “housemates,” as he usually would.

This caused some misunderstanding as Daniella and Phyan talked about the occurrence. The Level-Up housemates claim that something seems off as they speculate about several possibilities.

Recall that Chomzy, Eloswag, and Doyin were kept at a home that is now known as “Level-3” as Big Brothers guests despite being ejected last Sunday.

Read More: “This Love Sweet O” – Reactions as Phyna and Groovy Lock Lips as They Settle Their Gbas Gbos (Video)

These housemates are not only unaware of this, but they also appear to believe that they are unique to Big Brother and that one of them may ultimately win the competition.