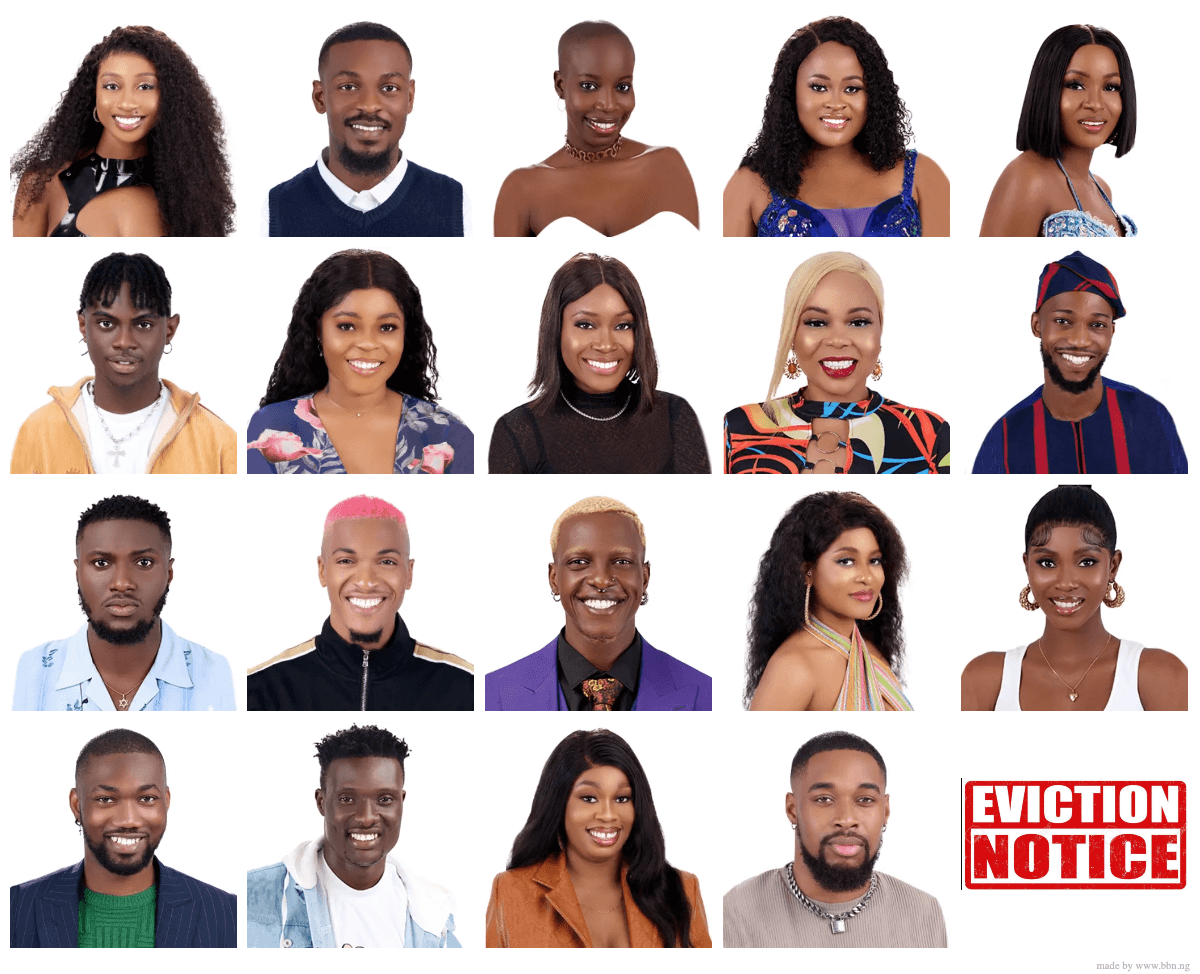 This week, all Big Brother Naija Season 7 Housemates were put up for possible eviction except for the Head of House – Chomzy, and the assistant head of house – Eloswag as the quest for the N100 million grand prize continues.

With 7 evictions and 1 disqualification so far, Big Brother Naija Level Up Season 7 which started with 28 housemates will yet again witness another eviction on today’s live eviction show. According to big brother, at least one or more housemates will be evicted this week.

BBNaija Level Up Housemates up for Eviction this Week

Big Brother had earlier noted that this was a fake nomination and there won’t be any eviction, this was not to be the case as Ebuka announced during the Sunday live eviction show that at least one housemate will be evicted.

Popularly known for her excellent acting skills and impeccable fashion sense. Fake Housemate, Modella created a bond with many Level Up Housemates.

BBNaija Voting result: How you voted for your favourite housemate, the voting chart only shows the housemates with the lowest vote.

Unlike previous seasons, the voting charts showing housemates with the highest votes are not released.