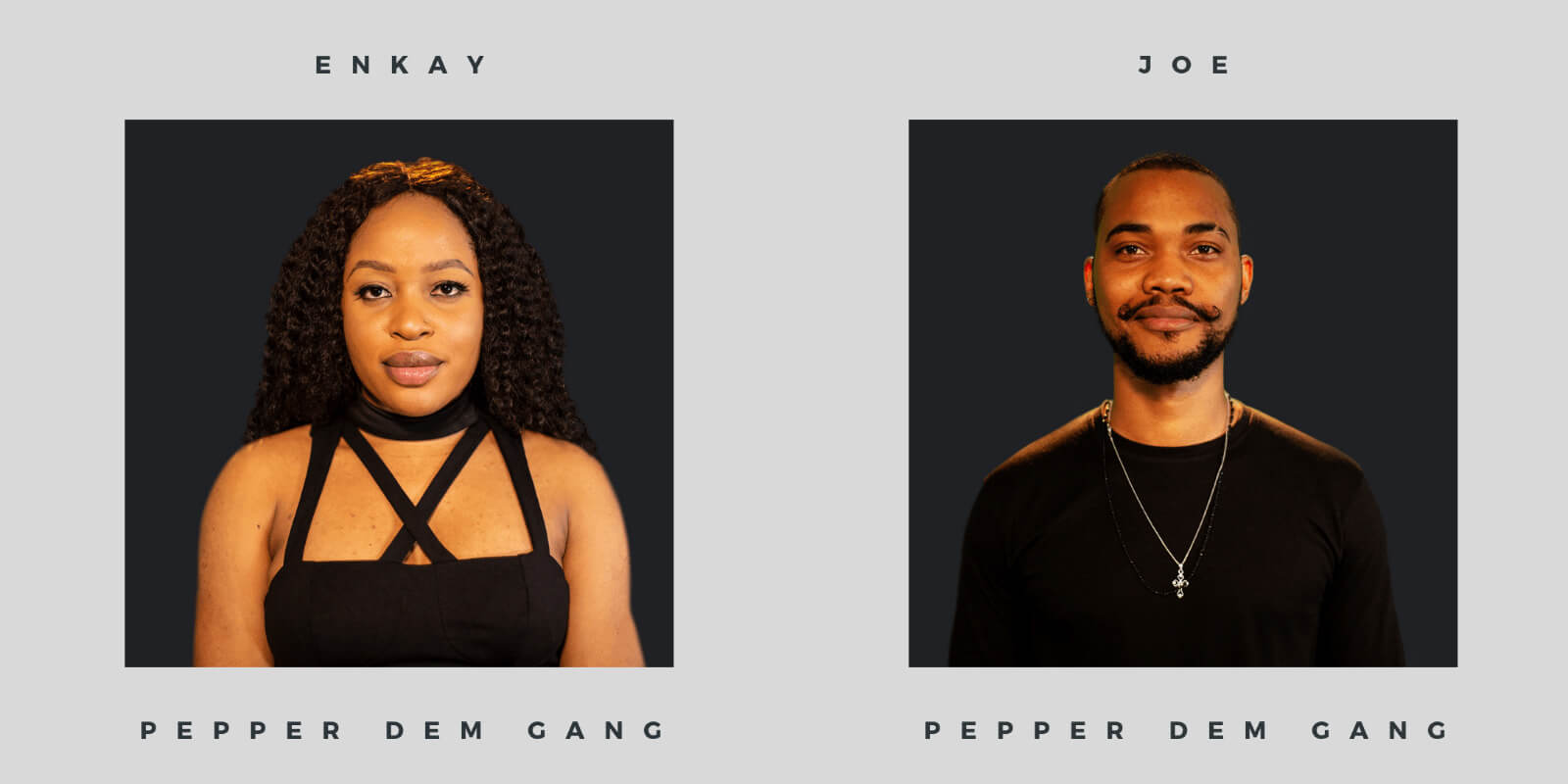 The addition of these two new housemates now makes the total number of contestants at 18, following the addition of Venita and Elozonam the previous day.

Being a creative director, Joe says he’s coming into the big brother house as the third new Housemate, to showcase his artistic talent in addition to the trouble he intends bringing into the game.

Enkay, Age 25, is the fourth new member of the Pepper Dem gang. She describes herself as very selfless, says she is the salt that is missing in the House. The 25-year-old tailor also promises to be the spice and life of the whole place.