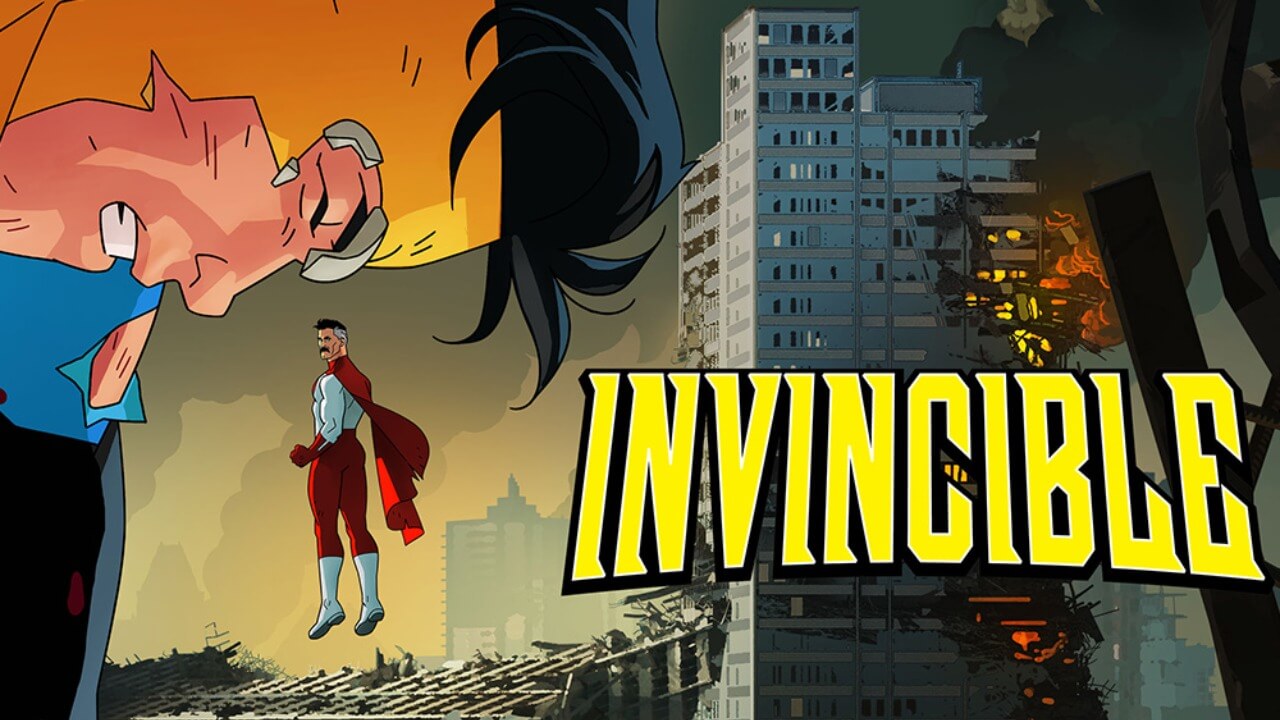 The invincible is one of the most highly rated animation series that has won many fans to the animation world, especially for adults. Invincible is an Amazon Original series based on the groundbreaking comic book from Robert Kirkman, the creator of The Walking Dead.

The series is based on a 17-year-old boy, Mark Grayson, aka invincible, trained by his father, Omni-man – the strongest being on the planet – after his transformation into a superhero. During his training, Mark discovers the struggles in balancing his personal life and being the hero his father wants him to be.

Invincible has made many non-anime fans searching for more anime series like invincible. These recommended five action-packed series below will suit your taste.

An animation series filled with action and comedy is centered on a former clerk, Saitama, the main character who has always had dreams of being a superhero from his childhood, trained for three years. He became too good that he could terminate a person’s life with one punch.

When villains and monsters appeared mysteriously, the patron of arts created the Heroes Association to defeat them. Saitama joined this association having passed all tests except the written test. Although with his incredible strength, most people didn’t believe he was stronger than any hero in the association.

After the destruction of the alien ship by Saitama, Saitama became famous and the Hero’s association expanded because of an extra which made the monsters angry and they created the monster’s association to defeat the association of Hero.

Invincible and one-man punch has the same impact when it comes to animated actions. The violence in one man punch is just as bloody as the invincible.

Another animation story you wouldn’t want to miss out watching is Charlotte. A comedy-drama, supernatural written and created by Jun Maeda was released from July 5th, 2015 to September 27th, 2015. 12 episodes aired with each having a run time of 24 minutes.

Set in Japan, a meteorite hit an alternative universe where it gives a bunch of children just reaching the puberty stage, superpowers. You Otosake Is a high school boy who was also affected with the power to temporarily take over the body of others. Although lived a normal life by hiding his powers, he was soon noticed by Nao Tomori, the student council president of a school meant for children with superpowers.

Apart from having the vibes of the invincible, learning by little children to control their superpowers is another thing Charlotte and the invincible have in common.

Another team of superheroes? The Awesomes is a superhero comedy released from August 1st, 2013 to November 3, 2015, with a run time of 22 minutes for each episode. Created by Seth Meyers and Mike Shoemaker and set in the United States of America just like invincible.

Mr. Awesome decides to retire taking along some members of his team, Professor Doctor Awsome (prock for short) decides to step in and create his team of superheroes to fight crimes. The team included Frantic, the third-fastest man in the world, Impressario who uses a jewel attached to his turban to bring into existence things he imagined(although he was limited in imagination), and Gadget gal, who is an 85 years old woman but has the look of a 25 years old lady.

With the new team, Prock replaces his father and fights evil to reclaim the team’s lost reputation. The Awesome could be regarded as the spiritual foreganger of the invincible.

Based on the Go Nagai manga series, Devilman crybaby is another dark and action animated series with the incorporation of fantasy. Directed by Masaki Yuasa, released on the 5th of January 2018 with a run time of 24 to 27 minutes and set in Japan.

His village is attacked by demons, his friend, Ryo proposed to Akira Fud to unite with a demon. In doing so, Akira gains the power of the demon but maintained the soul of a man thereby making him the “Devilman”. Driven with paranoia and fear of demons taking over the world, Akira sets out to save hybrids – demon-humans – line himself.

Being one of those people who loved the violence in the invincible, devilman crybaby is another violence-filled series to see.

Also known as Genndy Tartakovsky’s primal because it was created and directed by Genndy Tartakovsky. It possesses the action and adventure traits of the invincible with additional traits of fantasy horror and thriller. Released on October 8, 2019, to date with a run time of 22 minutes for each episode and set in the United States just like invincible.

A caveman, Spear comes home from almost deadly fishing where a Deinosuchus nearly killed him, meets the news that his family members(spouse, son, and daughter) have been devoured by a three-horned tyrannosaur.

Primal is set in a prehistoric setting and has nothing to do with superpowers like invincible but the brutality and violence it a must-watch for the invincible fans.

Watching these series will give you the satisfaction you desire in animation. All these series with their own uniquely packed action and horror will make you stay on the edge of your seat with your mouth agape and your unblinking eyes as you might not want to miss a moment of action and violence. Get your popcorn and let’s get watching.