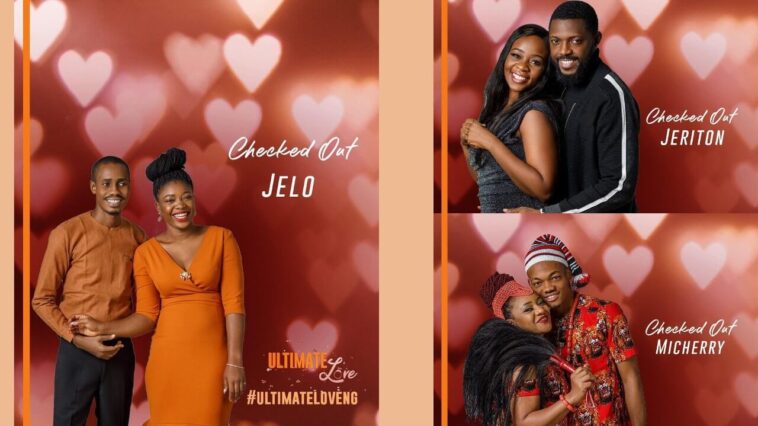 Ultimate Love; new reality tv show is getting more attention from viewers as couples now seek viewers votes to remain on the show.

The show which is currently in its sixth week has seen 3 ultimate love couples checked out of the show while one contestant voluntarily quit.

Micherry is one of the few couples in the Love Pad to establish that they have a connection and it came as no surprise when they paired up.

The duo of Michael and Cherry (MiCherry) were the first couple to be checked out of Ultimate Love show after only two weeks in the Love Pad. The couple was evicted after they received the least number of votes out of the five nominated couples from the voting poll.

It was, however, not all gloom as the couple went home with N350,000 in their portmanteau after they played the live game on stage.

Without any doubt, this pair gave us the real definition of love at first sight with the manner they clicked on their first night.

The duo of Jerry and Meriton (Jeriton) were checked out of ultimate love show on Sunday, March 8 after a total of four weeks in the Love Pad.

The couple became the second couple to bid the Love Pad goodbye after they received the least number of votes out of the seven nominated couples from the voting poll. They, however, went home with N600,000 cash and other items in their portmanteau, after they played the live game on stage.

This Love Couple believes in Love at first sight. Could it be cupid that brought them together?. The duo of Jenny Koko and Louis (Jelo) were checked out of Ultimate Love show after five weeks at the Love Pad.

The couple became the third couple to leave the Love Pad on Sunday, March 15 after they received the least number of votes out of the four nominated couples from the voting poll.

They, however, went home with N100,000 and other beautiful traditional jewelry as they embark on a new chapter after they electing not to play the game of chance.

The show which had earlier consists of 11 couples has seen 3 checkouts and of the remaining 8 couples left, 4 are currently up for possible check out this week.

Recall that four couples were nominated for possible check-out in week 6 during the live nomination show on Sunday, March 22.

The couples as announced by Aunty are:

Which of these love couples will be evicted and who will stay?; Do you have a winner in sight already!. Join us on Telegram for updates 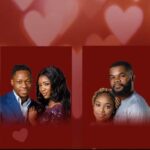 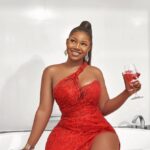