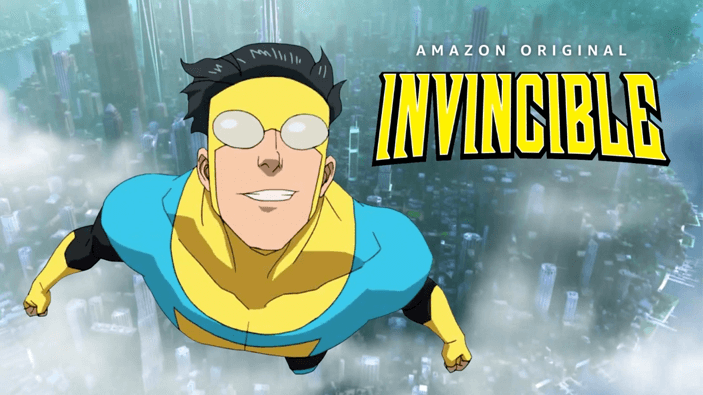 Invincible is an Amazon Original series based on the groundbreaking comic book from Robert Kirkman, the creator of The Walking Dead.

Robert Kirkman’s Invincible Comic book hit Amazon in the form of an animated series and it was quite a hit. So, making an attempt to describe the awesome superpower stuff and interesting facts about the show, Invincible is like trying to repeat what you already know. Weren’t you here because you’ve seen invincible and you need more of Invincible.

Just in case you haven’t seen Invincible here’s a brief summary. The story revolves around 17-year-old Mark Grayson (Steven Yeun), who’s just like every other guy his age — except his father is the most powerful superhero on the planet, Omni-Man (J.K. Simmons).

So, straight to the point, here’s a compiled list of 10 adult animated superhero shows like Invincible that you can watch on different streaming platforms.

Following the story and character development of Invincible, where characters took time to develop into their superpowers, Samurai Jack is another series that kicked off with an unnamed Prince who accidentally time-traveled while trying to take over his father’s kingdom from an evil shapeshifter, Aku. He began his quest to get back to his home as fast as possible before Aku destroys the remains of his Kingdom.

Does Monster girl ring a bell? well here is another intriguing adult animated show live on your screens. Final Space used weird-looking but delightful characters to tell the tale of an Astronaut, Gary Godspeed who at the end of his five years prison sentence spacecraft met a weird-looking planet-destroying alien.

Due to his inept energetic behaviour, Gary befriends the Alien, named him Mooncake, and with the support of loyal ship crew and Artificial Intelligence, they both travel on a quest to see what the end of the universe really is like, if it does exist.

A series that employed all that an adult series should entail including mature language, sensual matters, and violence. Primal is another epic adult animated series live on your screen. The series was set after a caveman and a dinosaur who after some unfortunate tragedies, realized they are each other’s only hope and formed a strong bond.

This is a series whose lead character is a Villain and antihero rather than the usual hero or protagonist. Just as Mark Grayson from Invincible was at his best finding and developing into his real self. Harley from the Harley Quin series began when Harley breaks off the relationship with Joker and began her quest to give life her best shot by trying to gain a seat at the Legion of the Doom, which is the highest seat of evil.

Here is a series that is capable of giving the creators of Invincible a run for their work. If you are one who has a knack for watching young superheroes take down the big corrupt guys, then The Boys is a series you cannot afford to miss.

Set after a group of young superheroes who work for Vaught, a group of seven powerful people who are seen as heroes by the world and run a powerful corporation. Throughout the series, the boys are seen in each episode uncovering their deeds and fighting to save the world. So, grab a popcorn in readiness for July when The Boys will hit Netflix and all other streaming platforms.

This HBO Max exclusive series saw us through the lives of some weirdo kids who acquired their superpowers through a tragic event. As a result of the powers, they are hunted by greater powers and are offered protection in the Chief’s house. Like other series, Doom’s Patrol began to take place when the kids discovered the origin of their superpowers and were left to find and develop their abilities against all odds.

Looking out for more laughter, comedy, and kiddies superhero series? The Umbrella Academy is one that should be on your bucket list. The first episodes saw us through women giving birth to children at the same time. Seven out of the children had superpowers and as such were adopted by a billionaire. Episode by episode, the kids were seen saving the world one way or the other.

Here is a simple anime series with a clear storyline and suspense-filled actions and scenes. This show is related to Invincible as it followed Akira, an ordinary boy whose life turned around when he met and made an agreement with a devil he met at a strange party he went to with his friend. The deal he made with the devil was to use him to fight off evil. The series featured Akira as always out of school saving the world.

The series set after a Preacher who employed the help of his vampire friend to find God. The darkly comedic movie is based on Garth Ennis and Steve Dillon’s popular 1990s comic book series Preacher published by DC Comics’ Vertigo imprint.