Big Brother Naija, the most popular reality tv show in Nigeria is well known to feature beautiful housemates as we’ve seen over the years. The reality tv show has housed female housemates of different personalities across Nigeria, the pretty, gorgeous, elegant, scintillating and much more. After so much consideration we’ve decided to bring you this list of the top 10 most sexy big brother naija female housemates we’ve seen over the years.

Below Is Our Top 10 Most sexy Big Brother Naija Female Housemates from season 1 to season 4.

Mercy Eke is no doubt the sexiest Housemate that has ever featured in the Big Brother Naija Reality Tv Show. Mercy emerged the winner of big brother naija season 4 edition becoming the first female to win the show. The 27 years video vixen from Imo state was popular for her seductive body shape which made her the viewer’s favourite.

Anita Natacha Akide popularly known as Tacha was no doubt the most controversial housemate of Big Brother Naija 2019.

However, the 25 years old businesswoman, makeup artist and YouTube content creator was disqualified in the final week of the show following a physical altercation between her and fellow housemate “Mercy Eke”.

Chinonso Ibinabo Opara popularly known as “Kimoprah” is a Tv presenter and model was one of the housemates on Big Brother Naija 2019 Reality Tv Show.

Precious Yunana Diane Yashim was one of Big Brother Naija 2019 Housemates. Diane is one of the sexiest housemates to have grazed the reality show. She was known for her quiet and soft-spoken nature during her time in the big brother house.

The 23 years old Actress & Model from Kaduna state is a graduate of University of Debrecen in Hungary.

Princess Linda Onyejekwe was one of Big Brother Naija 2018 Housemates. Even though Princess was one of the first few housemates to be evicted from BBNaija season 3, she left an impact during her time in the big brother house.

The 27 years old Tv Personality & Brand Influencer is a graduate of Geology from the University of Nigeria, Nsukka.

Venita Akpofure is an actress and former Big Brother Naija House season 4 housemate. She is a proud mother of two and formerly married to Terna Tarka.

Tokunbo Idowu well known as ‘T-Boss’ is an actor, model and mother of a beautiful baby girl.

Tboss was one of the housemates in the Big Brother Naija 2017 reality television show which took place in South Africa.

Esther Olaoluwa Agunbiade was a former Big Brother Naija Season 4 housemate. The 22-year-old Lagos based attorney was called to the bar at only twenty-one years of age.

She’s additionally extremely athletic and wants to hotshot her figure. Her beauty says speaks more about her. 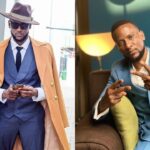