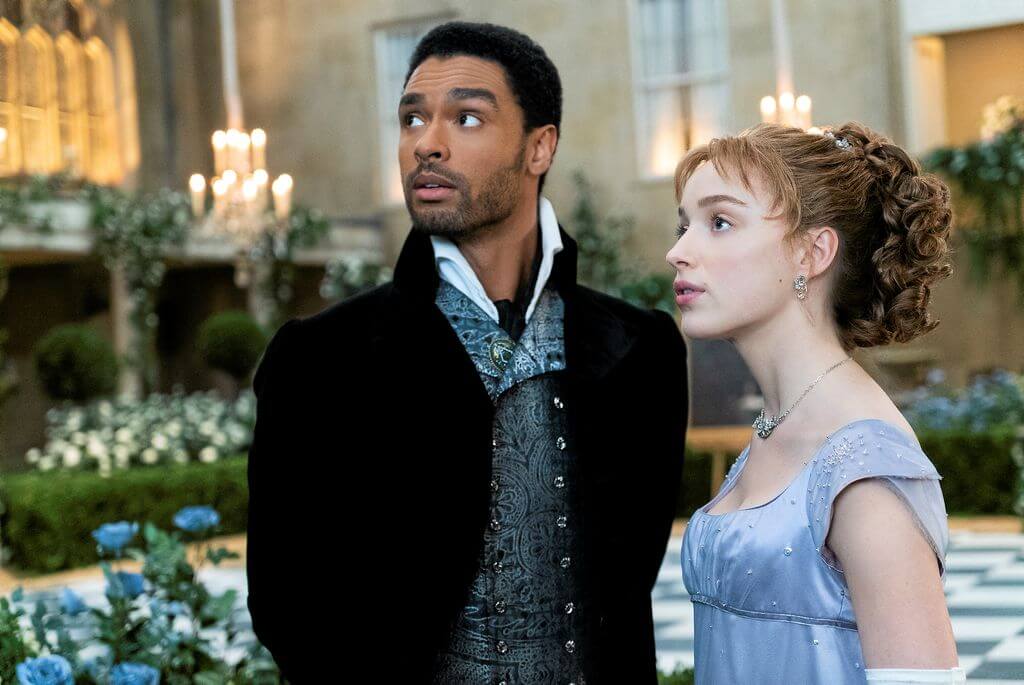 If there is another thing we should thank Shonda Rhimes for, it is that she is another fantastic one who knows just when to drop us bombshells that send us to different parts. This time, she did it again with Bridgerton, a show depicting the Georgian society of 1813 – 1827.

The show which took us back to 19th-century love, drama, fashion and styling was set after Daphne Bridgerton, a high society woman who decided to go out of the norms and marry for true love. She was encircled by her elder sister who would also not have it the normal way and would rather go after her dreams as well as the anonymous gossip Columnist, Lady Whistledown.

Of course, Bridgerton is another show you would like to risk watching all night and going to sleep at work in the morning for. But, it’s so sad that we are now at the end of the road with Bridgerton,

Before you start asking, I have helped you piled a list of 10 shows like Bridgerton you could watch on Netflix. Oh, you can always thank me later

Oh, come on! Don’t tell me you don’t know that Gossip Girl is back. The recurring sequel of Gossip Girl coming back in July 2021 is no doubt a modernized version of Bridgerton.

Just like it was in the first time, it features a lot of characters stirring drama, falling in love, causing scandals, betraying one another, etc and all is still documented by anonymous Gossiper. So, if you are up for some dramas and fun. Get your popcorn and drink in handy.

If you are one out for more on feminine power and strength, The Great is that series was set after the life of Catherine The Great. Here is a woman who is hell-bent on eliminating her teetering husband and overtaking one of the world’s strongest governments. Somebody said Energy!.

This is just for those who missed the first run of the show, which premiered in 2010. Downton Abbey was set after elaborating the innate Classist system of the British Aristocracy. So, get set to turn off the lights with some popcorn and drink in hand when Downton Abbey hits the screen. Mind you, you can only find Downton Abbey everywhere but not on Netflix.

Who else loves some secret pregnancies and missing parenthood drama. Belgravia is another historical romance and drama series from Julian Fellowes, the same creator of Downton Abbey. Imagine a drama that reveals a pregnancy 25 years after. Yeah, Belgravia is some interesting series to watch on Epix

Lost in Austen is a four-part series showing on Tubi. The series followed the 21st character, Amanda, who was able to trade places with Elizabeth Bennet through a mysterious portal.

Okay, if we are to talk about shows that featured all the historical intrigues like Bridgerton, but it’s got a bit and a whole lot of it in the following dramas. So, if you are up for some haunted jokes and dramas. Hop on the Ghost coming up on Tubi in July.

Sure no one is out for the Titanic kind of Jack story, so you can find one complicated Jack from Gentleman Jack. The series, which has 8 episodes were set in 1832 Yorkshire talks about a particular Lesbian relationship. Gentleman Jack was collected from one of the collected diaries of Anne Lister. Lister was a Lesbian, a millionaire landowner whose diaries was predominantly written in codes and contains over four million words

You might be amazed at how seamlessly Bridgerton took you through an historical drama, but Lizzie Bennet Diaries is a show of 100 drama filled series on Youtube. The stories are told through short vlogs from the very dramatic and strong-willed Lizzie Bennet and also featured Entertainment tycoons